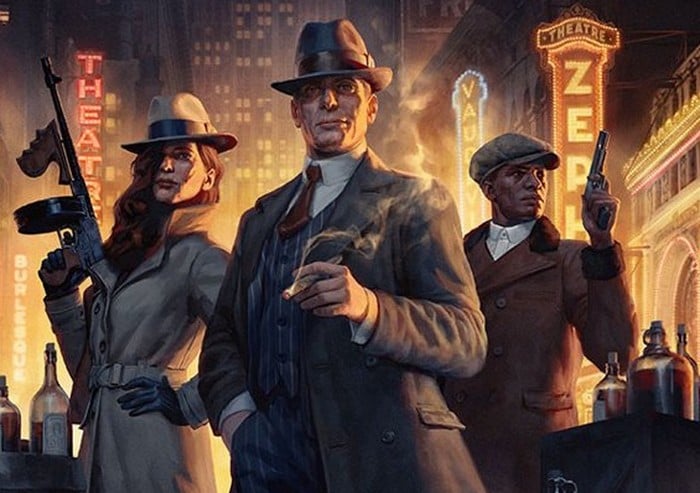 If you have been looking forward to the launch of the new strategy DLC Empire of Sin Make It Count, the wait is over and the game will be launching later today. Check out the launch trailer below for an overview of what you can expect from the gameplay mechanics within Empire of Sin Make It Count as well as more information on the free update rolling out today. To enjoy the new DLC you will need the Empire of Sin base game and the new DLC brings with it 20 new missions, including Gangster personal missions and side missions, including 25 new events and is now available on the Xbox, PlayStation, and PC via Steam.

Features of the new Empire of Sin Make It Count

– Maxim Zelnick – Zelnick is a boss who can cook the books just as well as he takes out the competition. “Bolster the Ranks” allows Maxim to call in reinforcements in combat.
– The Persuader Boss weapon
– Loan Shark – Money lending comes to Chicago, with unique events related to this “interesting” racket.
– The Fixer – A gangster who can bribe their way out of certain combat scenarios. Their combat ability, Caltrops, disrupts enemy movement, buying time to better plan fights.
– Weapons – Get your hands on the MK VI Revolver, Coach Gun, STA 22, Lighting Carbine, RSC M17, plus New Legendary weapons – the Persuader and Golden Gewehr 98.
– Missions – 20 new missions, including Gangster personal missions and side missions, including 25 new events.

“There’s more than one way to build an empire! Make It Count is the first major expansion for Empire of Sin, adding a new playable boss to the rogue’s gallery of Chicago: Maxim Zelnick, the “Mob’s Fixer.” Zelnick brings new combat abilities, talents, and a string of ways to expand your empire. He arrives alongside the Fixer gangster profession, Loan Shark racket, additional missions, weapons, events, and much more.”