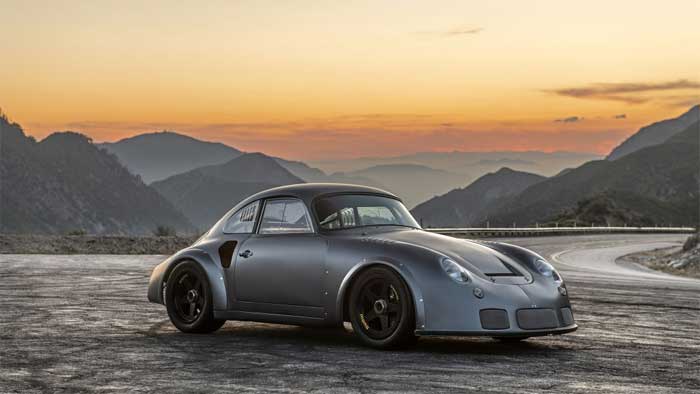 The beautiful car you see here comes from a company called Emory Motorsports. It started life as a 1960 Porsche 356. The car was a seven-year project and the finished product is fantastic. The 1960 356B T5 glasshouse is on custom bodywork that hides the underpinnings of a 1990 911 C2.

Power is from a 2.4L twin-turbo flat-four making 393 hp. The car weighs in a 1,950 making it a featherweight. The engine is a 356-era air-cooled four. The custom bodywork is beautiful. The project started with a sketch that was posted online.

Momo then agreed to sponsor the car build, hence all the momo gear on the car. the engine uses a pair of Garrett turbos and custom intercoolers. The car rolls on KW coilover suspension and looks fantastic.