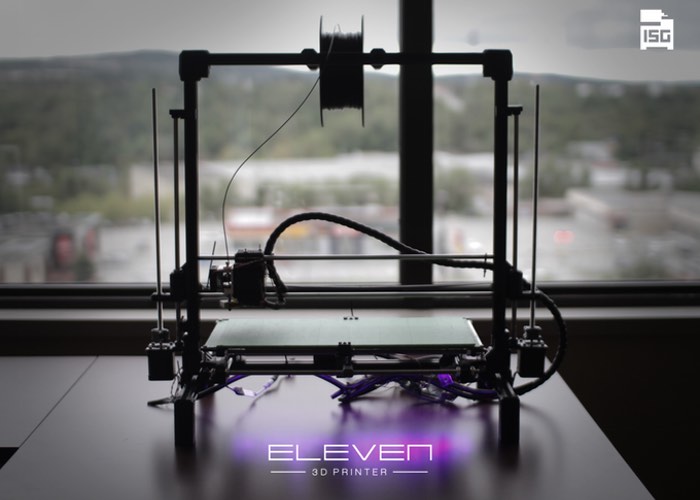 ISG3D has taken to Kickstarter this month to raise $11,000 to help take their open source 3D printer design into production.

The Eleven 3D printer has been specifically designed to provide users with an affordable machine but offers an impressive 22 x 40 x 40 cm build area and is completely open source allowing for modifications and enhancements to be created.

Watch the video below to learn more about the Eleven 3D printer that is capable of layer resolutions up to 100 microns and is equipped with a nozzle that provides a 0.4 mm extrusion, from 1.75 mm filaments. Its creators explain a little more :

The 3D printing technology has evolved a lot the last few years. The ISG3D team came to the conclusion it was still expensive to create using a larger build area. Knowing it was possible to produce on an even larger scale, we decided to focus on creating an easily-affordable and more efficient 3D printer.

The Eleven 3D printer is now available to back via Kickstarter with pledges starting from just $1149 and the system is fully compatible with Windows, Mac and Linux systems. Jump over to the Kickstarter website via the link below to learn more about this new 3D printer.