Luckily for some Modern Warfare 3 fans they were able to pick up the game from Kmart stores in Miami and New York even before it’s been officially released. If you are one of those lucky few there is no need to worry if you fancy giving the multiplayer side a go before the official launch. As Microsoft has explained no bans will enforced on legitimate copies purchased even if it was before the official launch date.

Some shipments of Modern Warfare 3 arrived at Kmart stores in the cities with instructions to sell the copies immediately, its not been discovered whether this was intentional or a mistake on Kmart’s part, but the chain has now stopped selling MW3 copies. 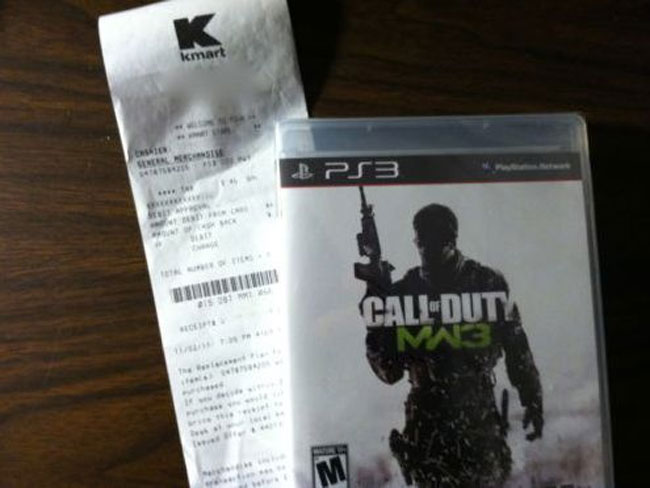 Some of the early customers of the game have now turned to profiteering and have started advertising their early purchases on Craigslist and eBay for as much as $200.

Microsoft policy director Stephen Toulouse has stated that those who bought the game at retail, even early, are safe.. He announced with a Tweet yesterday “If your copy is legit and obtained legitly, have fun,”

The new Call of Duty: Modern Warfare 3 game, will be officially launched on November 8th 2011.