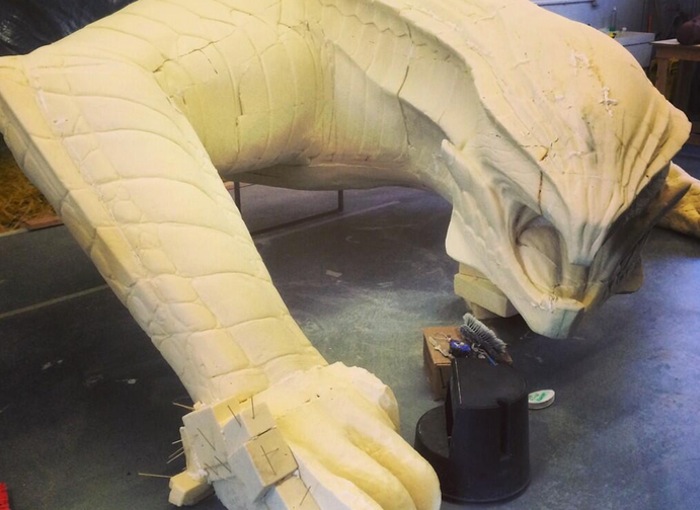 Have you ever wondered just how much work and preparation goes into creating some of the props that are used on the stands at the E3 games event?

If you have then this new video created by the team over at Tested, allows you to see the making of the Gore Magala dragon that was used on the Monster Hunter 4 Ultimate stand during this years E3 event.

Effects artist Frank Ippolito was responsible for building the realistic dragon sculpture and in the video provides you with a detailed look at the construction process which starts by building a huge metal frame.

Once finished with dragon scales and minute detailing the finished Gore Magala sculpture was then used on the Capcom’s booth to promote their upcoming new game Monster Hunter 4 Ultimate.

“Monster Hunter 4 Ultimate will be the newest instalment in the popular Monster Hunter series. Players will take on the role of a hunter on a grand adventure with a traveling caravan visiting several new locales with hundreds of quests to be cleared on the way.

The game will introduce an expanded action set including more vertical and lateral movement, fluid climbing motions, and ability to ride atop monsters. Monster Hunter 4 Ultimate also debuts two weapon classes, features new and returning monsters, and spans more locales for the most robust hunting experience than ever before.”

The new Monster Hunter 4 Ultimate game will be launching in early 2015 in the US and Europe for the 3DS.