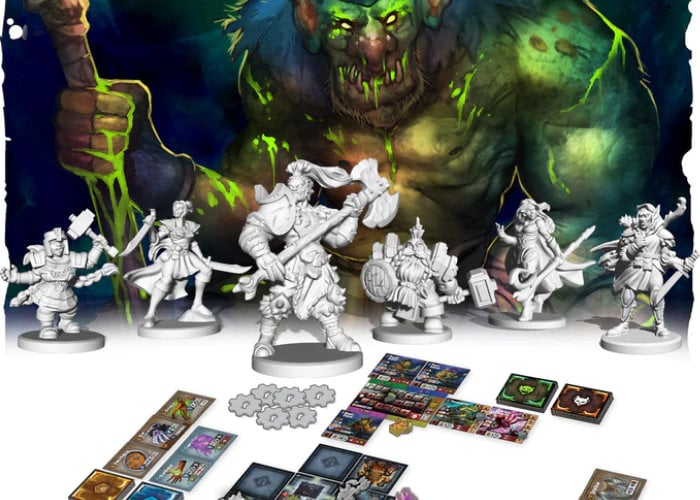 Early bird pledges are now available for the innovative project from roughly $25 or £18 (depending on current exchange rates). If the Tiny Epic Dungeons campaign successfully raises its required pledge goal and manufacturing progresses smoothly, worldwide shipping is expected to take place sometime around December 2021. To learn more about the Tiny Epic Dungeons board game project review the promotional video below.

“Heroes make their way through the dungeon one room at a time. Around every corner goblins and ferocious minions seek to block the Heroes’ path. Where there isn’t an enemy, traps are set, ready to spring on even the most prepared Hero. The game is played over 2 ACTS: the Dungeon and the Dungeon Boss. In both acts the players are constantly struggling against the waning firelight of their torch which decreases each turn. When the torch goes out, the Heroes are forever lost in the darkness.” 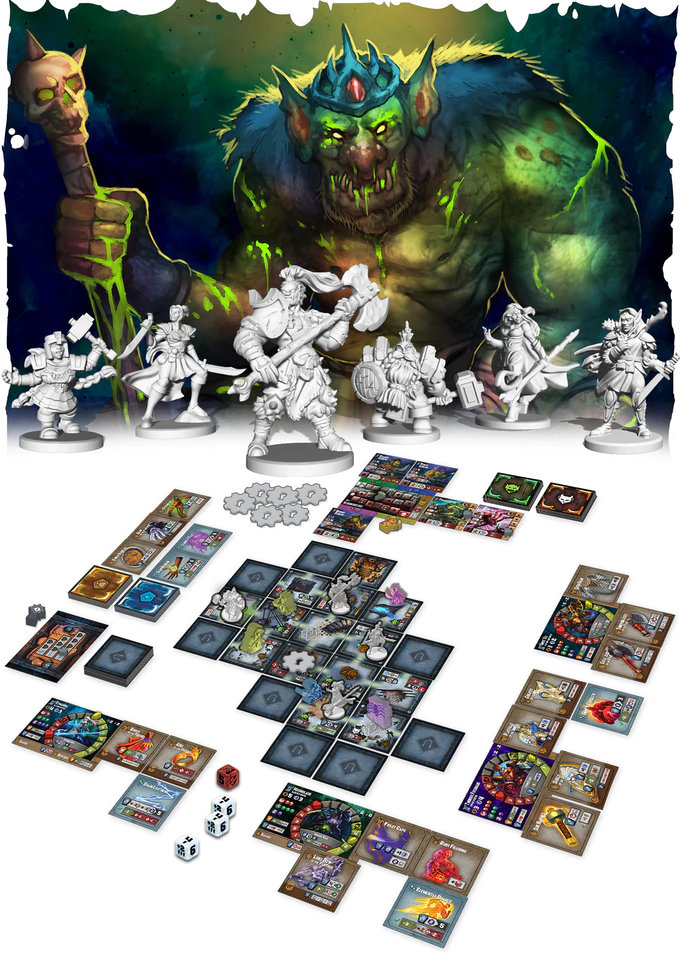 “After clearing the dungeon of all its minions and finding the entrance to the lair, players must engage in an epic battle against the Boss. Each boss has unique abilities and a lair with a unique environment that gives various advantages and disadvantages depending on the skill used and where the Hero attacks from.”

“These Epic Monsters cannot be slain by mere swords, axes, arrows, and the occasional spell. Ritual Rooms around the dungeon must be used to lower their magical bond to the dungeon. The Dungeon boss must be lured to these rooms to lower their defenses and allow the Heroes to strike the final blow!”

For a complete list of all available special pledges, stretch goals, extra media and more features for the board game, jump over to the official Tiny Epic Dungeons crowd funding campaign page by checking out the link below.