The new dual display YotaPhone will start shipping internationally in December, the handset features two displays, one is an LCD display, which is the front screen and on the back of the device there is an eInk display.

The last thing we heard about the YotaPhone, was that the handset would ship in November, and it would retail for around 500 Euros, it will no start shipping next month, although the exact price has yet to be announced. 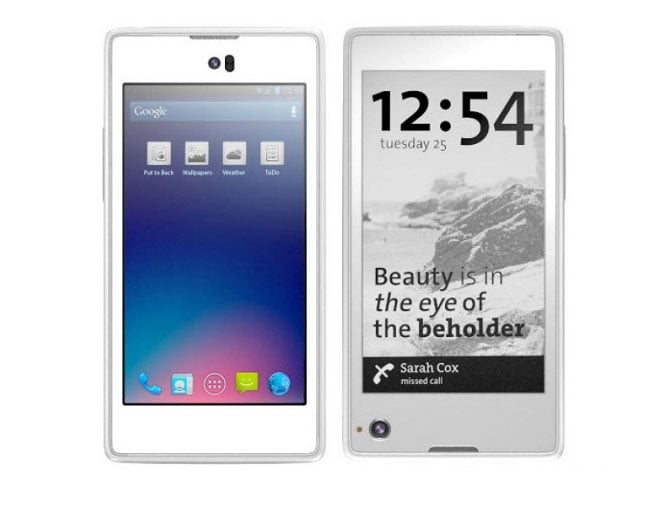 The YotaPhone is equipped with a 4.3 inch LCD display on the front which features a resolution of 1280 x 720 pixels, on the back of the handset there is also a 4.3 inch display, although this is an eInk display.

Under the hood of the YotaPhone will be a dual core 1.7GHz processor and 2GB of RAM , the handset will also come with 32GB of built in storage and front and rear facing cameras. 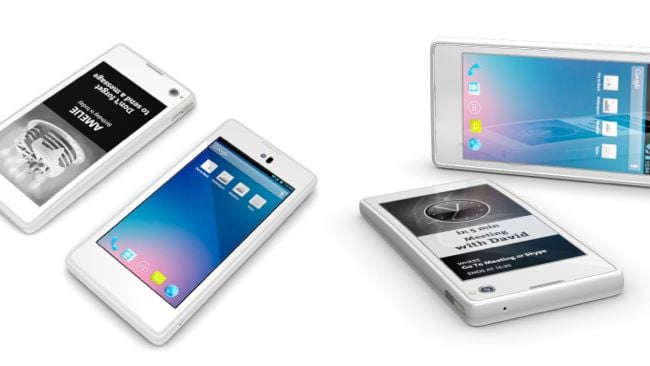 The front facing camera will be a 1 megapixel version, and the rear camera is said to be a 12 megapixel model, the last thing we heard was that the YotaPhone will launch with Android 4.2.2 Jelly Bean

As soon as we get some more information on the YotaPhone, including an exact launch date and some confirmation of how much it will retail for, we will let you guys know.