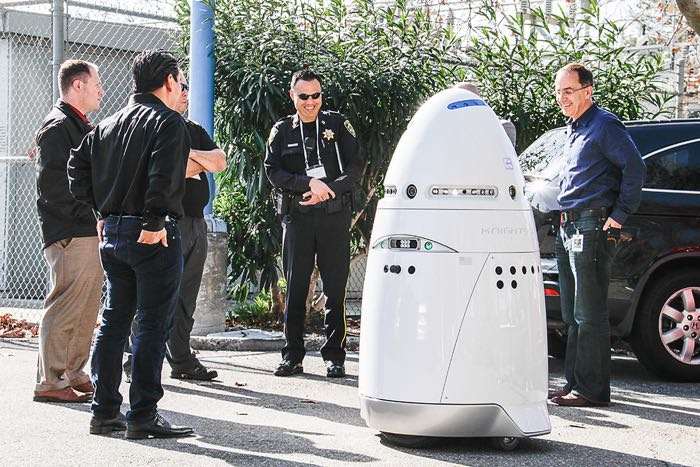 We have featured the Knightscope K5 security robot on Geeky Gadgets previously and now someone has been arrested for knocking one of these robots over whilst drunk.

The Knightscope K5 was minding its own business and patrolling a parking lot last week, when Jason Sylvain decided to knock the security robot over, which is not the easiest thing to do a the robot weighs 300 pounds.

Knightscope’s Stacy Dean Stephens spoke to Cnet about the robot and what happened with its drunk attacker.

“The robot did exactly as it was suppose to do — the ‘assault’ was detected and immediately reported. The alarms on the robot sounded, the suspect attempted to flee the scene and was detained by one of my colleagues and me until the Mountain View Police arrived,”

“The robot has recuperated from his injuries and is back on patrol keeping our office and employees safe again,”.

Jason Sylvain apparently wanted to test out the security features on the robot and it would appear that they work pretty well as he ended up getting arrested.