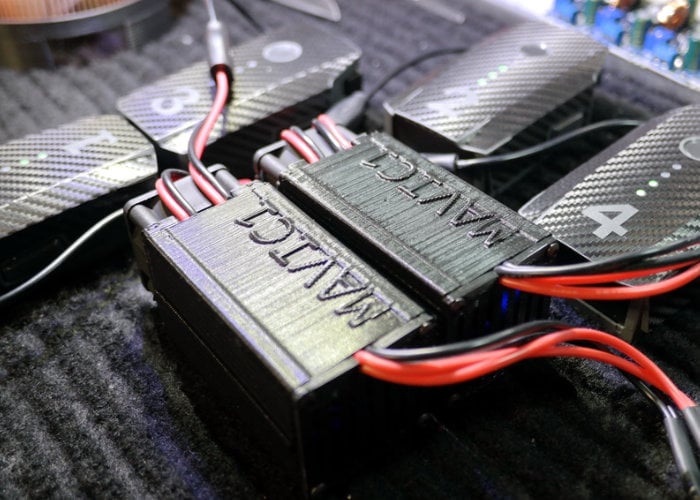 DJI Mavic Pro drone pilots searching for a super fast way to charge their batteries may be interested in a new system created by an engineer based in Canada. Providing a hugely improved charger for the DJI Mavic Pro the system is now available via Kickstarter with the early bird pledge is available from C$59 or roughly £35. If all goes well worldwide shipping is expected to take place some time early in 2019.

Designer Curtis explains more about the inspiration behind the fast battery charger specifically engineered for the DJI Mavic Pro drone. “ I have tried many chargers for my Mavic, but they have been really very poor, and not practical for field use. Some are just JUNK. This forced us to look at something better, but even on the market now, they are usually poor quality chargers. They are basically just a cheap power supply that converts AC to 13.1Vdc. Since they are usually small in size, the total charging amps are reduced to each port added for charging. One charger bought from Ebay in my possession is a 4 port, but when you use all 4, the charging drops to ONLY 2.0 Amps per port. This defeats having 4 ports, as now it takes twice as long to charge. Not a fast charger….”

To be one of the first to own the fast charging battery system specially designed for the DJI Mavic Pro drone jump over to Kickstarter via the link below for a full list of all available pledges and purchasing options.