On the release day of Dragon Age 2 (in US 8th March 2011 and March 11th 2011 in Europe), Bioware and Electronic Arts will also be launching new DLC as it did for its first Dragon Age game. Watch the teaser trailer after the jump for the DLC content and character. 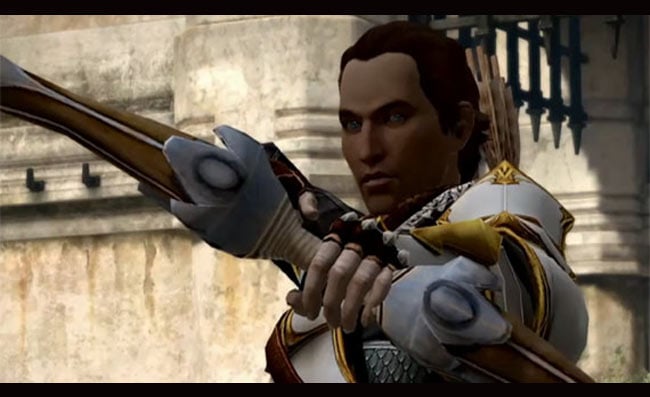 The Exiled Prince DLC will include the addition of a new character Sebastian Vael, a noble archer bent on avenging the brutal murder of his family.

Sebastian will have a full series of side quests for Hawke to complete as players channel his wrath onto their enemies. The DLC is titled as “The Exiled Prince” and will cost gamers $7 or 560 Microsoft Points. Unless you pre-ordered Dragon Age 2 Signature Editions before January 11, if you did then the DLC content will be included with the game.

Dragon Age 2 will be releases in United States on March 8th, and on March 11th in Europe for PS3, Xbox 360 and PC. Pre-ordering the game will entitle you to a few in game goodies.