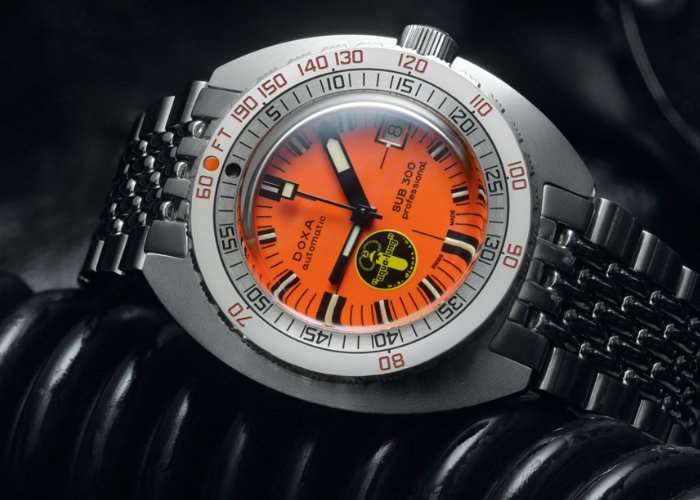 Swiss watch manufacturer DOXA established back in 1889 has announced their latest creation in the form of the limited edition DOXA Sub 300 Black Lung Divers Watch which is now available to preorder price that $2,590.

DOXA has joined forces with Aqua Lung to create and introduce their first collaboration in 50 years, machined from a solid block of stainless steel, measuring 42.5 mm in diameter, and 13.4 mm thick and powered by a chronometer-grade ETA 2824-2 automatic caliber mechanism. 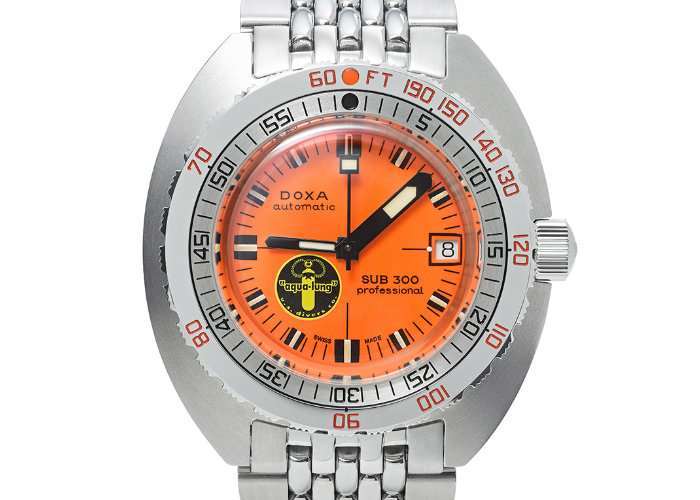 The SUB 300 ‘Black Lung’ continues the 50th anniversary celebration for DOXA Watches, whose pioneering SUB would first plumb the ocean depths in 1967 as a dive watch purpose-built for the emerging recreational scuba diving market. Lauded for its professional-grade quality and bright orange dial, the SUB ultimately won the approval of the pioneer of modern diving himself.

US Divers distributed the watches, and in 1998, US Divers and Aqua Lung consolidated brands under the Aqua Lung name. As a dependable, colorful departure from anything of its time, the SUB quickly became the benchmark against which all other dive watches were measured. The serrated, unidirectional timing bezel also displays a patented DOXA innovation: an integrated “no deco” scale, engraved in orange, per the US Navy’s maximum no-decompression limits for safe recreational diving.

The two brands have been brought back together on the eve of Aqua Lung’s 75th anniversary, a journey that began in 1943, upon the development of the world’s first self-contained underwater breathing apparatus, dubbed “aqua-lung.” Together with the DOXA SUB dive watch, the original aqua-lung would expand the very possibilities of ocean exploration, and accelerate man’s race to the bottom of the sea.

Visit the official DOXA website for full specifications and the ability to order one of the limited edition 300 but will be manufactured and delivered during November 2017.