A new Twitter-based strategy game has been designed and created by a Japanese software engineer called Sipo. The new DotWar game allows you to play against another Twitter user using a flash interface on a separate site, figting with battle units created from your Twitter icon. 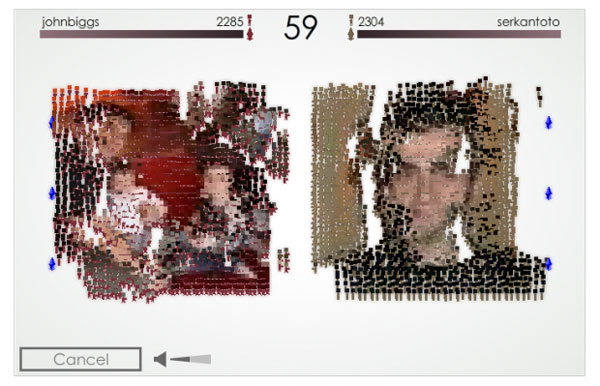 To get started just enter your twitter handle to start sending out your Battle units against a rival Twitter user. The battle units are created using you and your friends Twitter icon’s and are controllled on the flash site by your mouse. Each unit is made from a single pixel in your Twitter icon and has four parameters decided by the pixels colour, that are then converted into speed, stamina, attacking power and reach stats for each unit. 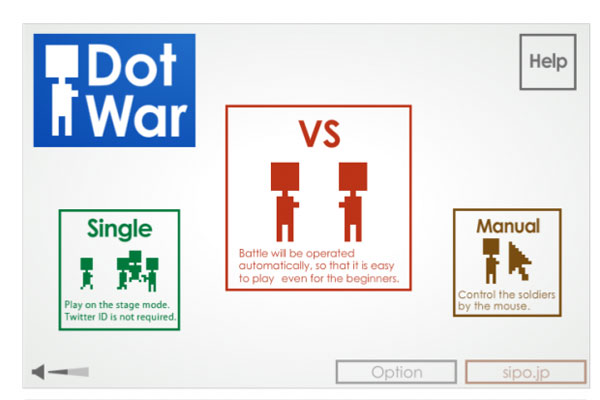 There are a few different modes including a versus mode, that’s goal is to destroy the other opponents three crystals within a certain time frame. The DotWar game is stirring up a bit of a craze on the web at the moment so you may need to reload the site a number of times before you can start to play. Enjoy.