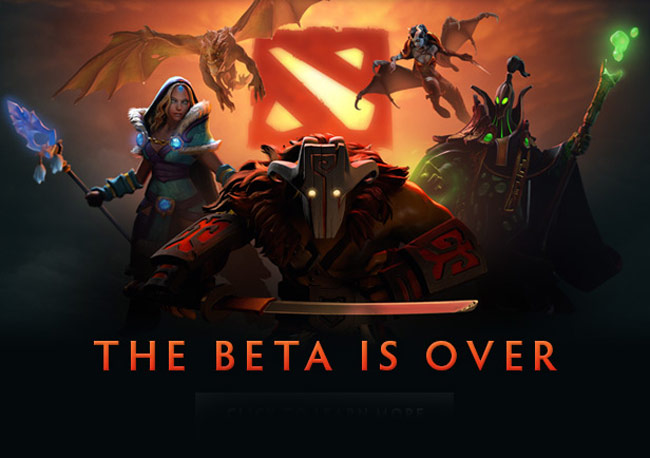 Dota is a competitive game of action and strategy, played both professionally and casually by millions of passionate fans worldwide. Valve explains:

“Like we mentioned before, the launch of Dota 2 is going to take on a different shape than products we’ve shipped in the past. Our thinking is that we want the existing audience have uninterrupted access during the launch, in addition to bringing new players into Dota 2 in a way that isn’t frustrating. Simply put, we want to smooth out the traditional launch spike, but at the same time allow anyone to come in and try out Dota 2.

Dota 2’s user base is already larger than any game we’ve ever made, and it continues to grow. Knowing this launch moment was coming, we’ve spent the past year working on getting both the backend infrastructure and new user experience into a state where we can welcome in anyone that wants to give the game a try. With that work now complete, it is time for us to invite anyone and everyone to come play.

If you want to give Dota a try, or you have a friend you want to bring into the community, click the button above and you can get in the launch queue. You’ll see your place in line, and when it is your turn we’ll send you an email letting you know you’re in. We’ll begin sending those emails this week.

We also have an update from our world-travelling server installation team, who in addition to achieving triple diamond platinum/uranium/aegis level frequent flyer status, also have added significant game server capacity. Most of this trip has been to add capacity to Stockholm and Luxembourg, but we’ve also recently added servers to US West and our new cluster in Korea. Don’t worry if your cluster isn’t listed here, we’re ready to add as many servers as needed as the user base grows. Here are some photos from the Luxembourg datacenter:

These servers represent the ability to host an additional 450,000 players concurrently. Figuring out how much capacity to add, and where, is one important aspect of this launch. For the stats people out there, concurrent numbers are more useful when predicting what capacity we need for specific regions, because Dota players in the same region tend to play during similar hours. Our worldwide active user base is roughly twelve times the peak concurrency.

Hopefully the Dota 2 beta has been as fun for you as it has been for us. While it has come to an end, we’ll be building the game for a long time, and listening to what direction to take.”

For more information on the new Dota 2 launch jump over to the official website for details.