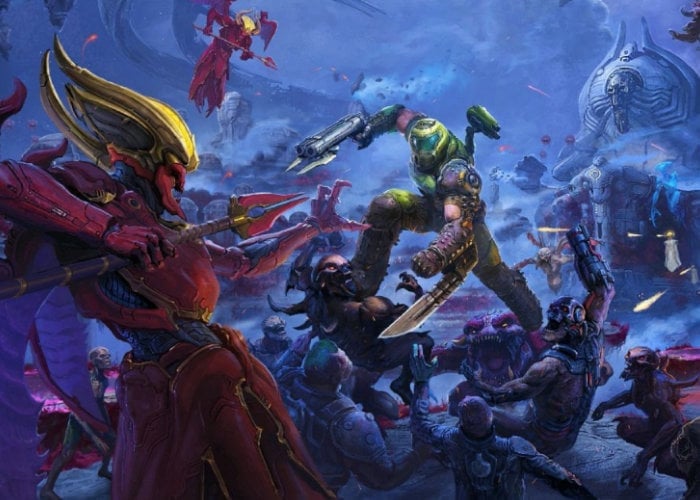 DOOM fans will be pleased to know that the Ancient Gods Part One DLC is available now, check out the official trailer below for a glimpse at what you can expect from the first campaign expansion for the critically acclaimed DOOM Eternal game.

“You pulled humanity back from the edge of extinction, but it came at a cost. Slaying the Kahn Maykr left an imbalance of power in the cosmos that threatens all of creation. Now you must rise and set things right in DOOM Eternal: The Ancient Gods. The Year One Pass includes two campaign expansions: The Ancient Gods — Part One and The Ancient Gods — Part Two. Your mission is now your own. The legions of Hell have razed the heavens, threatening to expand their control across dimensions. Unleash your vengeance and battle back to the Maykr’s realm. Defeat powerful new threats, restore order to the heavens and unearth the corruption that has thrown the universe into chaos. “

“The Ancient Gods – Part One The legions of Hell have razed the heavens, threatening to expand across dimensions. Battle your way back to Urdak and decide the fate of the cosmos. Your mission is now your own. Tha Ancient Gods – Part Two More information coming soon!”

The DOOM Ancient Gods Part One DLC includes new missions, locations and enemies to test your skills against, and is now available on PC, Xbox and PlayStation.