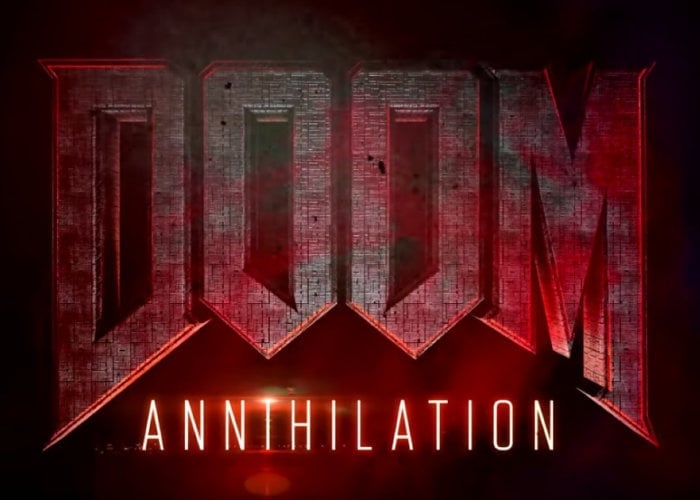 A new teaser trailer has been released this week for the upcoming film DOOM Annihilation, which offers a real-life storyline based in the world of DOOM and inspired by the video game. Written and directed by Tony Giglio, the new DOOM 2019 movie stars Amy Manson, Dominic Mafham, Luke Allen-Gale, and Nina Bergman with Lorenzo di Bonaventura producing. Check out the lacklustre teaser trailer below to learn more about what you can expect from the new DOOM 2019 movie.

“DOOM Annihilation follows a group of space marines responding to a distress call coming from a base set on one of Mars’ moons. When they arrive, it appears the base has been positively overrun by demons, the mainstay enemies of the “Doom” franchise. It isn’t linked to the 2005 “Doom” starring Karl Urban and Dwayne “The Rock” Johnson, however, and will follow a different set of characters. It remains to be seen how much it will borrow from the games’ lore, as it looks like a new story unrelated to the titles’ previous story threads” writes Variety.

DOOM Annihilation will be premiering in theatre screens before the end of 2019 but as yet no confirmed date has been set. As soon as one is announced and confirmed we will keep you up to speed as always. Let’s hope the movie is better than the trailer, but don’t hold your breath.