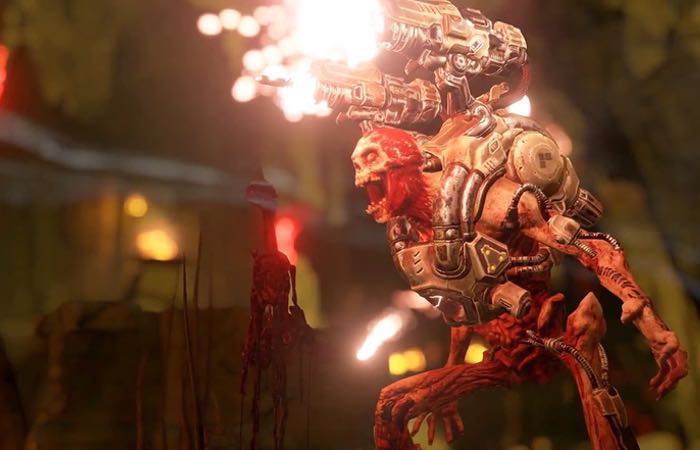 During the E3 2015 games event taking place next month from June 16-18th 2015, Bethesda will be officially unveiling Doom 4 and today have released a teaser trailer offering a snippet to whet your appetite before the event.

Bethesda’s first E3 2015 press conference will take place on Monday, 15th June at 2:30am BST or Sunday night in the US and is expected to be the time and the place for the Doom 4 announcement.

Unfortunately nothing else is known at the current time about the Doom 4 video game that will extend the Doom series which was first launched by the original Doom way back in 1993 created by id Software.

“In Doom, players assume the role of an unnamed space marine, who became popularly known as “Doomguy”, fighting his way through hordes of invading demons from Hell. With one third of the game, nine levels, distributed as shareware, Doom was played by an estimated 10 million people within two years of its release, popularizing the mode of gameplay and spawning a gaming subculture.”

When more information is made available by Bethesda we will keep you updated as always.