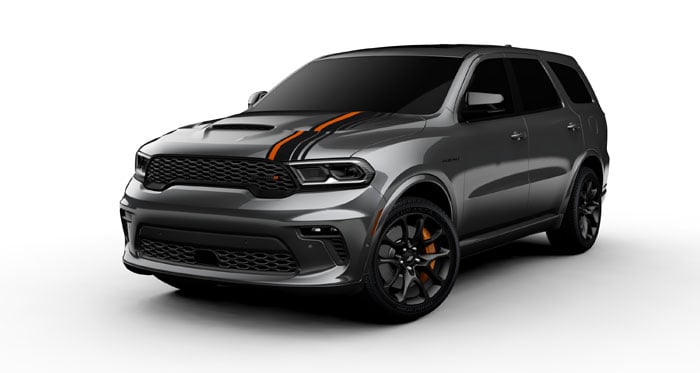 Highlights of the package include orange and gunmetal hood stripes along with midnight gray and orange badging and satin black tail lamps. The package also includes 20-inch Black Noise wheels and orange stitching on the seats.