Following on from the very brief teaser that was released towards the end of last year for the BBC’s new Doctor Who: The Eternity Clock game. Today the BBC have rolled out a full trailer for the new Doctor Who game which is expected to arrive in March on Playstation 3, Playstation Vita and PC platforms. Watch the new trailer after the jump.

The new BBC Doctor Who: The Eternity Clock game is currently being developed for the BBC by Supermassive Games, who are working very closely with the Doctor Who teams in London and Cardiff to ensure that everything looks and feels as it should, says Simon Harris the games Executive Producer for BBC Worldwide. 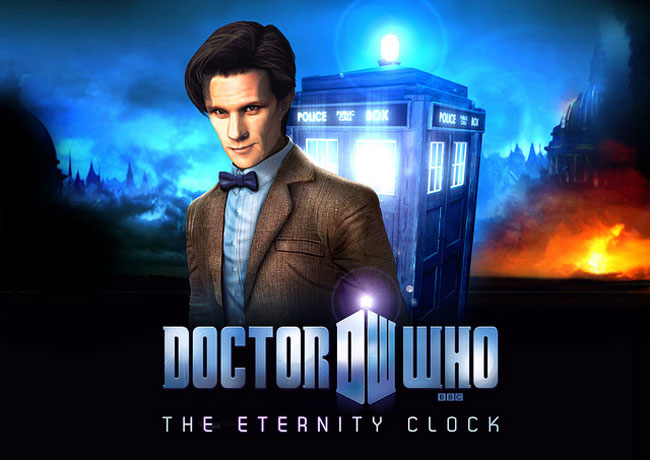 Doctor Who: The Eternity Clock will immerse gamers in the universe of Doctor Who, allowing them to take on the role of the Doctor and River Song as they travel across time and space to save the Earth. Harris explains:

“Choosing the monsters for the game turned out to be a more of a complicated process than you would imagine. Initially, when Supermassive put in their design pitch for the game, they had chosen the four monsters they would like to see, both as Doctor Who fans and from a gameplay point of view. However, at that time they weren’t aware of the new monsters that were going to be shown in the new series, which was just about to start on the BBC. Given the high level of security we place on information about the show, there were some great discussions where we had to talk very cryptically about a specific monster. “

For more information on the new BBC Doctor Who: The Eternity Clock game jumped over to the official PlayStation blog for more details.