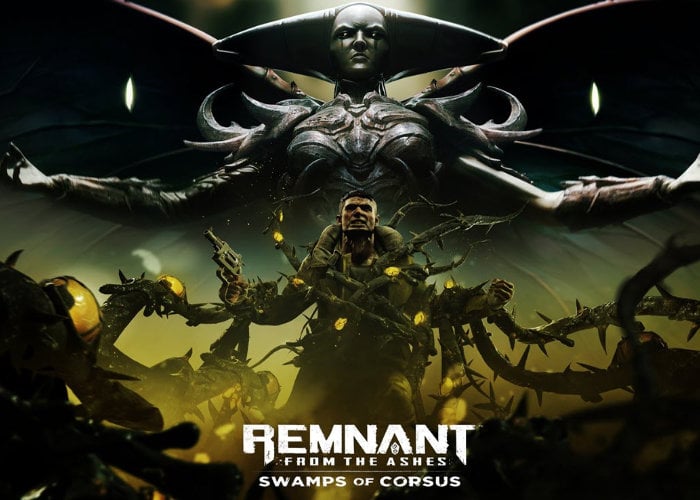 A new trailer has been released this week for the upcoming Remnant: From the Ashes Swamps of Corsus DLC, arriving later this month and available to play from April 28th 2020 onwards. Prepare to face a new set of challenges in Survival Mode which will leave you with only a pistol and scrap.

In the Remnant: From the Ashes – Swamps of Corsus DLC you will fight challenging bosses in search of upgraded loot across unique worlds. The new DLC will be available on PC via Steam and Xbox One and PlayStation 4 at a later this year. “How far can you make it in one life?”

“The world has been thrown into chaos by an ancient evil from another dimension. Humanity is struggling to survive, but they possess the technology to open portals to other realms and alternate realities. They must travel through these portals to uncover the mystery of where the evil came from, scavenge resources to stay alive, and fight back to carve out a foothold for mankind to rebuild…

Remnant: From the Ashes is a third-person survival action shooter set in a post-apocalyptic world overrun by monstrous creatures. As one of the last remnants of humanity, you’ll set out alone or alongside up to two other players to face down hordes of deadly enemies and epic bosses, and try to carve a foothold, rebuild, and then retake what was lost.”