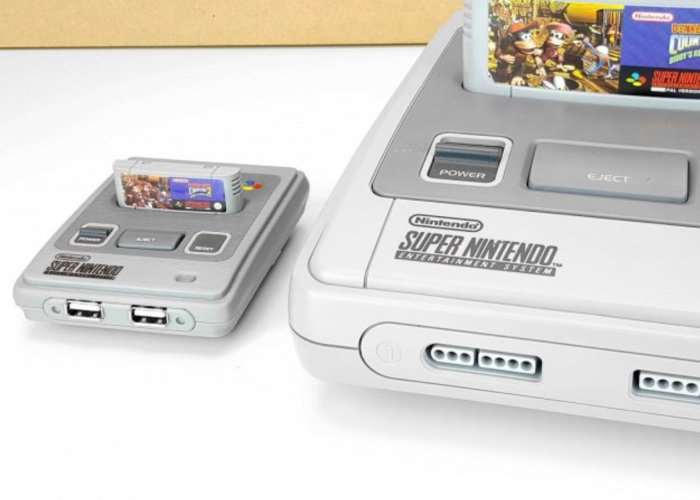 Gamers, Raspberry Pi enthusiasts and those of you interested in electronics are sure to enjoy this awesome Raspberry Pi SNES Mini games console which has been created using the power of a modified Raspberry Pi 3 mini PC and the help of a 3D printer.

Master modder and Raspberry Pi user Daft Mike explains more about his latest project and includes detailed instructions on how to make your very own, over on the Daft Mike website available by following the link at the bottom of this article.

Last year I built a mini NES console using a Raspberry Pi, an NFC reader and a 3D-printed case. An obvious follow-up project would be to make a mini SNES with the Raspberry Pi.

I was gonna design a 3D-printed case for a Raspberry Pi, in much the same way as I did with my mini NES. The NES was easy to design around the Raspberry Pi. They’re both ‘landscape’ so the power and HDMI ports of the Pi would line up with the rear of the NES case. The SNES is more ‘portrait’. It’s longer than it is wide, and also quite a bit smaller than the NES. A Raspberry Pi B wouldn’t fit the same way in a 40% size SNES shell like it did in the original Nintendo.