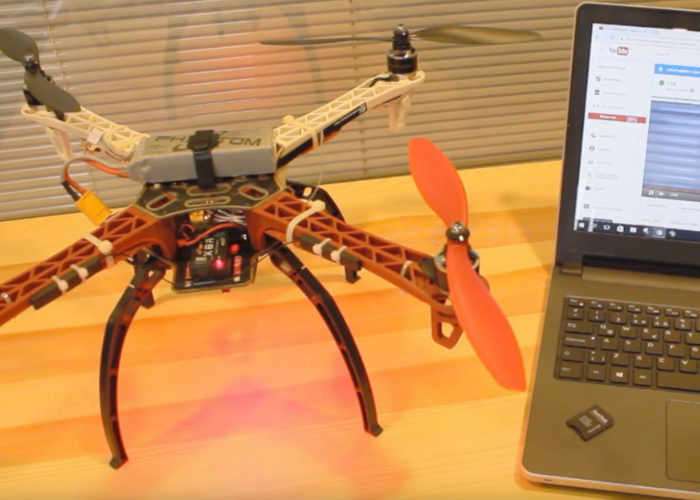 Now that the Raspberry Pi Foundation have officially launched their latest generation Raspberry Pi Compute Module 3, there has never been a better time to create new lightweight Raspberry Pi projects.

One such project which may take your fancy or provide inspiration for a spin-off is the Raspberry Pi drone which is capable of streaming live YouTube footage while in flight.

Watch the video below to learn more about the Raspberry Pi drone.

We thought it would be cool to stream footage from a drone as this type of video has become a main-stay in commercial videos. Footage from drones at concerts, festivals, sporting events, and live news coverage is often used and replaces traditional video coverage. In the past the footage from the first-person view (FPV) had to be copied and then uploaded to the web whereas the Sixfab LTE shield lets us upload directly to Youtube from the drone, live. You are no longer bound by the wifi network the drone was previously connected to, as long as you have a phone signal, uploading is easy. Our next step will be to incorporate the GPS data from the shield to our live video feed so we can share with viewer speed, altitude, and position data.

The drone used in the video is a DJI F450. The Sixfab 4G/LTE Shield pins fit seamlessly with the Raspberry Pi and this made things very easy. The power regulator also allowed us to power the entire system with the drone’s battery.

Youtube adds an extra 25-30 second delay to the videos and therefore you can’t use the video feed as your eyes as you fly the drones. What you can do is use the camera on the Raspberry Pi to remotely watch the movements of the drone, the feed will be delayed by 25 seconds as you broadcast around the world. The total weight of the set is only 93 grams which wasn’t a problem for our drone. Total battery life decreased from 8 minutes to 6 minutes.

Obviously you can use these tools for live video broadcasting with a drone, it’s just cooler to show an example in-flight. This capability allows you to add on a motion sensor so that you could use this as a security system with live video of the movement being broadcast and sent directly to your smartphone. You could also use it as a nature cam that would let you follow movement of wild animals, tweeting a link to the video every time movement was detected, tracking your favorite elusive wildlife. Great for use by nature lovers and documentary film-makers.

For more information on the project jump over to the Hack A Day website for full details and downloads as well as a link to the assembly process.