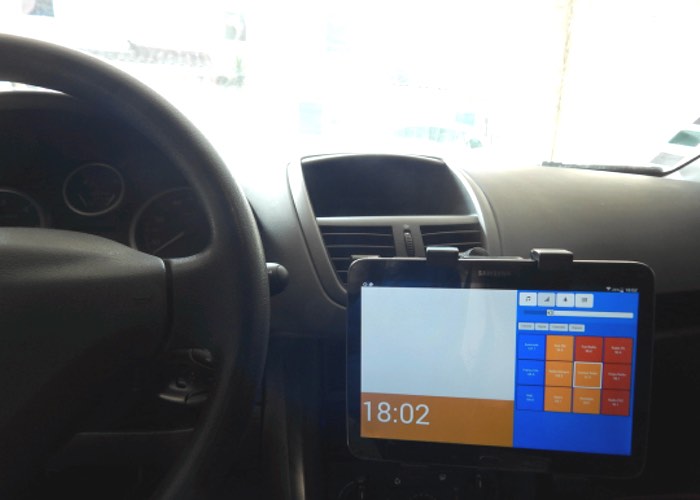 Benjamin a trainee air traffic controller based in France, has created an awesome in car entertainment system for his Peugeot 207, which is powered by a Raspberry Pi mini PC.

The system aptly named the Carputer, was built using the latest Raspberry Pi 3 system as the entertainment centre would require wireless connectivity to enable the screen to connect to the Pi mini PC.

Check out the video below to learn more about this great in car system which also includes a X400 Expansion Board to provide enhanced sound. The Raspberry Pi Foundation explains a little more.

Benjamin set the Raspberry Pi up as a web server, enabling it as a wireless hotspot. This allows the tablet to connect wirelessly, displaying roadmaps and the media centre on his carputer dashboard, and accessing his music library via a USB flashdrive. The added benefit of using the tablet is that it includes GPS functionality: Benjamin plans to incorporate a 3G dongle to improve navigation by including real-time events such as road works and accidents.

The carputer build is a neat, clean setup, but it would be interesting to see what else could be added to increase functionality while on the road. As an aviation fanatic, Benjamin might choose to incorporate an ADS-B receiver, as demonstrated in this recent tutorial.

For more information on the DIY in car entertainment centre jump over to Benjamin’s website via the link below. If you found this article interesting you might also be interested in this list of awesome Raspberry Pi Zero projects we have put together.