Check out this crazy DIY MP3 player, made from an inactive hand grenade. 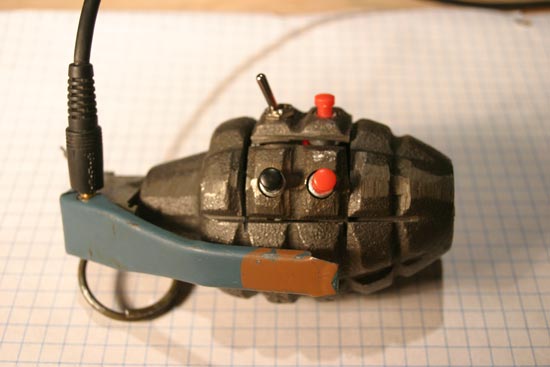 This cool DIY MP3 player was made by Matt from NYC Resistor, using a hacksaw, a 2GB Sansa MP3 player and of course an inactive hand grenade. 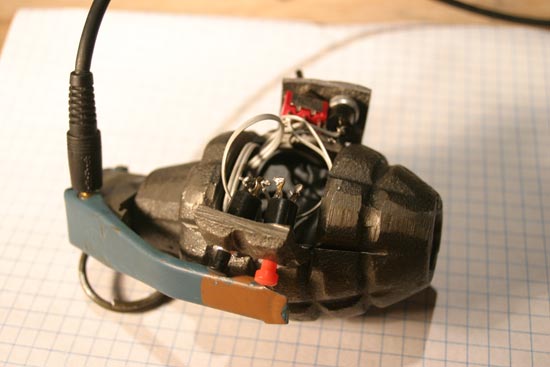 I put an 1/8th inch jack into the pin hole for the grenade. It looked GOOD. Totally flush… very pretty. So I decided to run with it. I ran the cabling into the grenade… hacksawed it open. Inserted a Sansa 2 GB mp3 player. And then tried to SMD rework it. This ended poorly as the first sansa basically got burned by the rework station and died. The second I avoided using the rework station and instead recruited bre and his arms for a session of intense soldering onto very tiny solder points.

Head on over to NYC Resistor for full details of this fun MP3 player.