We’ve featured a number of different concept and production electric bikes here on Geeky Gadgets but this electric DIY mod by Jennifer Holt is fantastic.

Using a 48v motor powered by a homemade battery pack made up of a 144 x 3.3v lithium ion cells. 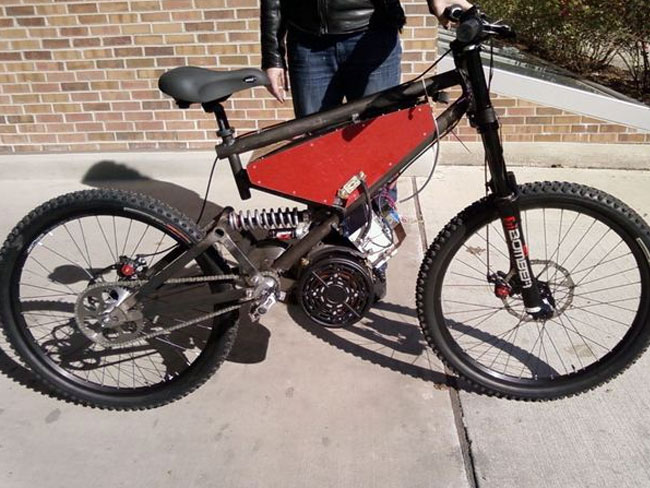 This is the second version Jennifer has created and has limited this one to 30mph by design. The low gearing and large motor leads to insane torque, Jennifer says.

“I had to set the current limit in the Alltrax controller to half its max value, otherwise it was impossible to keep the front wheel on the ground. As it is, you still have to be careful taking off, it will throw you over backward if you peg the throttle from a standstill. Acceleration is limited by the friction between the rear wheel and the ground, you can lean forward to keep the front down, but the reduced load on the rear means that the drive wheel will slip, even on dry pavement.”

Sounds brilliant but unfortunately Jennifer has already totalled this bike and broke her elbow in the process. (Get well soon) She has already started rebuilding a new version and hope to release CAD drawings for the custom components.