The ArduIMU Quascopter is a DIY Arduino helicopter than has been designed to avoid objects and not bump into things. The helicopter features four rotor and some infrared sensors.

It uses four infrared sensors and one ultrasonic sensor to avoid obstacles and objects, as you will see in the video below, also check out the but in the middle where the two guys are using tennis rackets to move the helicopter from left to right. 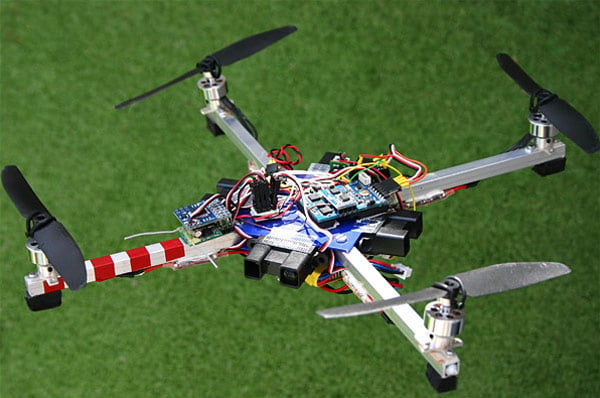 Each of the fixed infrared sensors have a range of about 1.5m, which makes it ideal to be used indoors as it isn’t going to bump into many of the obstacles.

You can see how it was made over at DIY Drones.