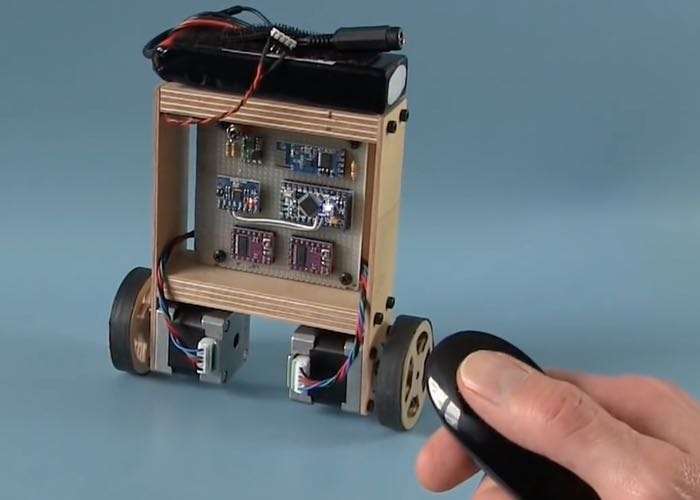 Arduino enthusiasts are looking for a new project this weekend may be interested in this awesome DIY balancing robot which has been created using parts cost roughly $80.

Components include two stepper motors for greater movement precision than could be had with normal DC models, and employs an Arduino Pro Mini, along with an MPU-6050 accelerometer/gyroscope for control.

Watch the video below to learn more about the project which is available via Brokking by following the link below.

If you’re familiar with the Segway or other vehicles that balance in what is known as an “inverted pendulum” configuration, you may think that while interesting, creating something similar would be too complicated or out of your budget. Though perhaps still not simple, Joop Brokking takes you through his design for this type of bot in the video seen here, making it accessible if you’d like to build your own.