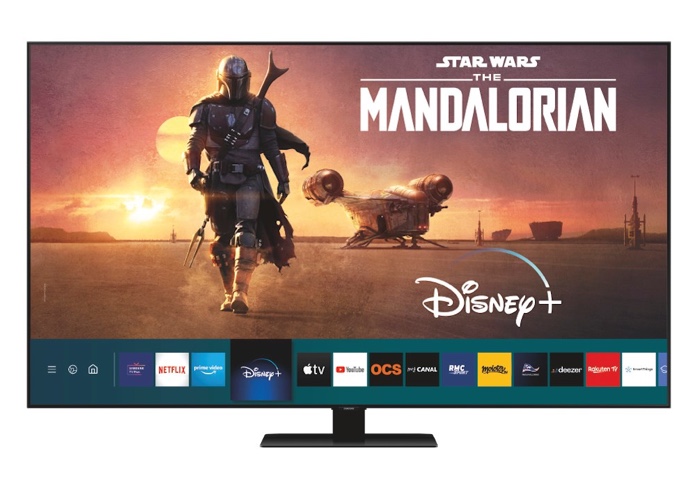 Disney+ launches in the UK from tomorrow and Samsung has just announced that this new streaming service will be available on their range of Smart TVs.

The new Disney+ app will be available on Samsung’s Smart TVs from 2016 onward and you will be able to download it to your device.

The new streaming service from The Walt Disney Company will provide fans of all ages a new way to discover the unrivaled content from its iconic entertainment brands. These will include Disney, Pixar, Marvel, Star Wars and National Geographic, as well as original content that will debut feature films, series, documentaries and short films in up to 4K UHD created exclusively for the service, such as The Mandalorian, High School Musical: The Musical: The Series, and The World according to Jeff Goldblum.

“With the launch of Disney+, our consumers can anticipate amazing levels of colour and brightness in 4K HDR with iconic stories of imagination and inspiration,” said Guy Kinnell, Vice President, TV and AV Samsung Electronics UK Ltd. “Samsung’s Smart TVs will again take another leap in offering the highest quality entertainment experiences to our consumers supported by the easiest and most consumer friendly Smart TV platform whilst being at the forefront of a radical shift in media consumption.”