Disney Research Hub has created a wearable tactile technology which has been designed to modify the user’s tactile perception of the physical world they are in.

The REVEL system does this by adding a layer of artificial tactile texture to nearly any object or available surface, to provide feedback to users. Watch the video after the jump to learn more about the Disney Research Hub’s REVEL project and see it in action. 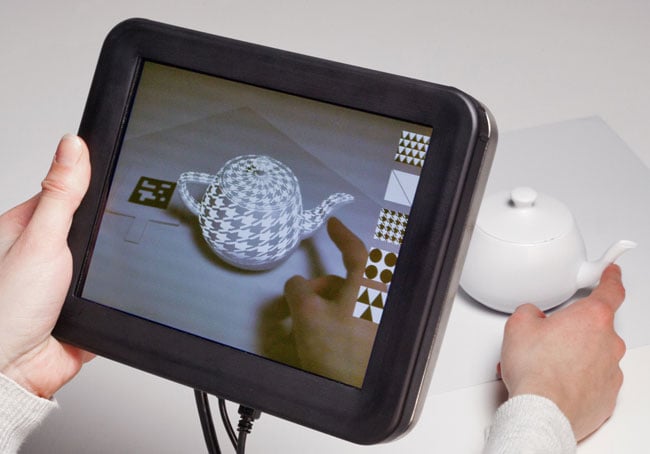 The REVEL system is capable of providing dynamic tactile sensations on touch screens as well as plastic and wooden objects, as well as furniture and walls to name just a few. An example use of REVEL would be running your fingers along a photo of a rocky surface, which could then recreate a textured tactile response using the REVEL device, which you could then feel in your finger tips.

“REVEL is based on Reverse Electrovibration. It injects a weak electrical signal into anywhere on the user’s body, creating an oscillating electrical field around the user’s skin. When sliding his or her fingers on a surface of the object, the user perceives highly distinctive tactile textures that augment the physical object. Varying the properties of the signal provides a wide range of tactile sensations.”