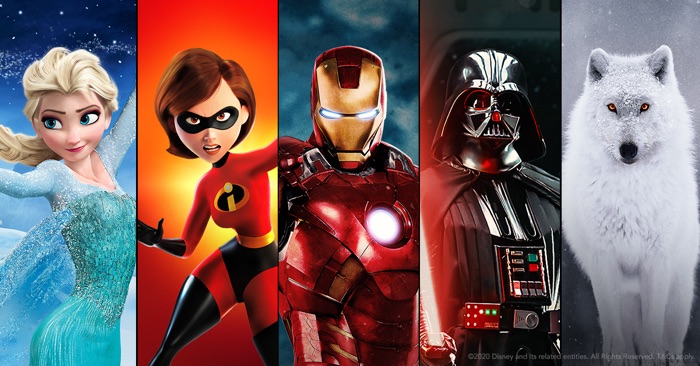 The new Disney+ streaming service is available in the UK from this week and now Roku has announced that it is available on it range of streaming devices.

We’re excited to pop some Disney+ magic on to the Roku Channel Store. Disney+ provides you with an ad-free experience from its extensive library of movies and series. The service will also be the new streaming home for movies including Captain Marvel, Dumbo, Avengers: Endgame, Aladdin, Toy Story 4 and The Lion King. UK Star Wars fans will be even happier now they can watch the critically-acclaimed ‘The Mandalorian’, the first-ever live-action Star Wars series, starring Pedro Pascal.

Original Disney+ exclusive films such as ‘Lady and the Tramp’, a live-action re-telling of the 1955 animated classic, will be readily available. If you didn’t think it could get any better, noughties nostalgia lovers can check out the recent Disney+ exclusive television series ‘High School Musical: The Musical: The Series’. Do you remember how united we all felt belting out ‘Breaking Free’ with Troy and Gabriella? That feeling will be back but with all new songs and dance routines, and we can hardly wait!

You can find out more details about the new Disney streaming service on Roku device over at Roku’s website at the link below.