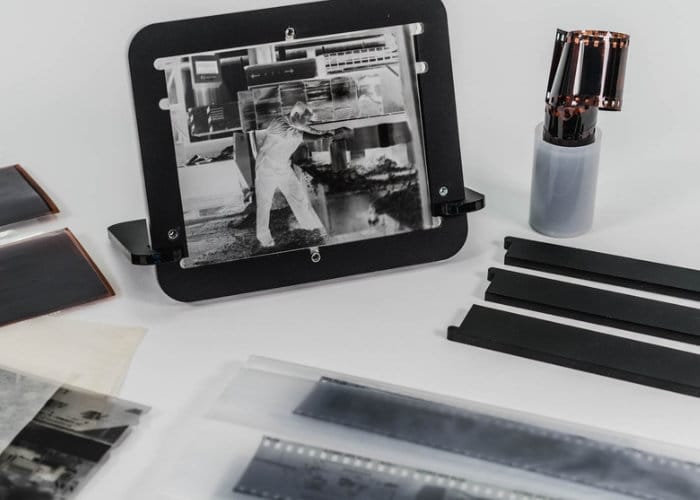 Photographers searching for a way to digitise film 35mm, 120 And 4 x 5 film many interests it in a new gadget called Pixl-latr created by photographer Hamish Gill based in the United Kingdom. Watch the demonstration video below to learn more about the low-cost and effective solution for digitising black and white or colour negatives and transparencies.

Pixl-latr comprises of just a few parts and has been designed for ease of use and film can be digitised using a smartphone or tablet. “If you’ve ever tried to digitise a negative or transparency with a digital camera, you’ll know that two of biggest headaches are keeping the film in place and flat; and backlighting it in a uniform manner. pixl-latr is the new low cost, simple but effective way to solve both of these problems when digitising 35mm, 120 (up to 6×12) and 5×4 film formats.”

To learn more about the different methods of digitising your 35mm, 120 And 4 x 5 film jump over to the official Kickstarter campaign by following the link below for a detailed walk-through on the process for each. “There are many other ways pixl-latr can be used to help you digitise your film – as a simple and effective piece of the digitisation puzzle, I know the film photography community will come up with all sorts of creative ways to get the best out of it!”