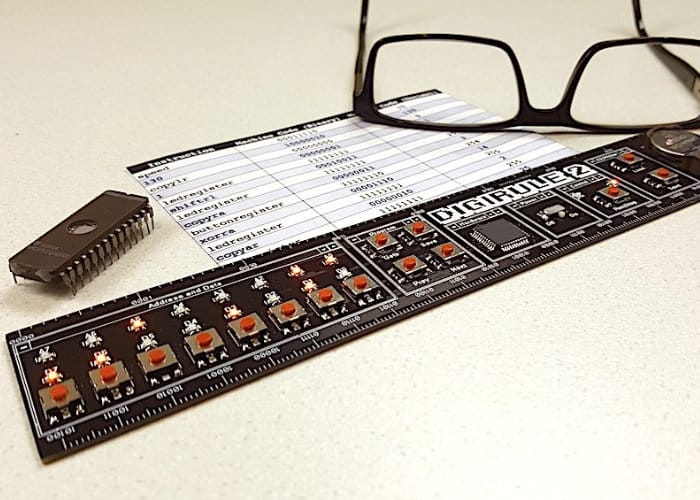 Serial Kickstarter entrepreneur and electronics enthusiast Bradley Slattery has launched his seventh campaign this month which takes the form of the Digirule2, an awesome programmable binary computer ruler. Watch the demonstration video below to learn more about what can be accomplished using the binary computer kit.

The Digirule2 is essentially an 8-bit binary computer inspired by the computer hardware from the 1970’s, built into a 20cm ruler. The awesome and unique computer ruler features an 8-bit address bus, 8-bit data bus, data input buttons and 33 instructions for you to code your own programs.

Digirule2 is now available to back with early bird pledges available from just £12 or AU$22. If the campaign is successful worldwide shipping of the binary computer ruler kits is expected to take place during September 2018. “In the early days of personal computers, programming in binary was the only game in town. Systems such as the Altair 8800 gave the user a bunch of switches and LED’s with which to interact and program the computer – those were some exciting times in computing history!”

For more information and full specifications jump over to the official Digirule2 Kickstarter campaign page by following the link below.