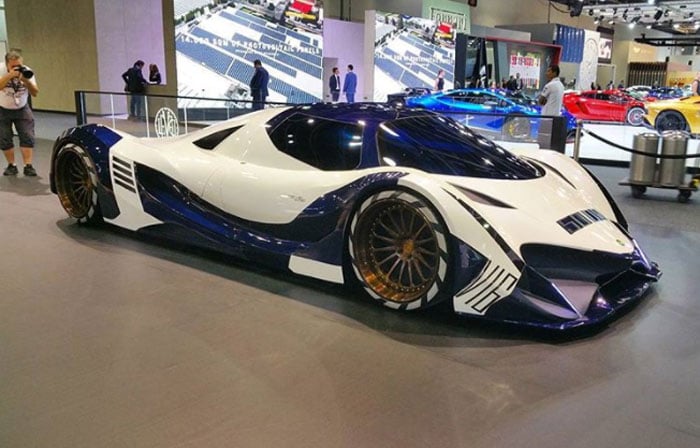 Devel Motors has unveiled its hypercar called the Devel Sixteen at the Dubai Motor Show this week. The slinky car looks very cool and packs a massive 16-cylinder engine under the hood. That giant V16 has four turbos and makes 5,000 hp.

The company points out that the car is more of a dragster in 5,000hp form and isn’t road legal. There will be a road legal V8 version making 2,000 hp and a V16 version making 3,000 hp that can be road driven. The road versions will sell or $1.6 and $1.8 million respectively.

The engine is gigantic. It displaces 12.3L and has four 81mm turbos and makes 5007hp on the dyno. I don’t even know how a car with that much power can hope to maintain traction during acceleration. No performance numbers are offered other than the 310mph top speed.