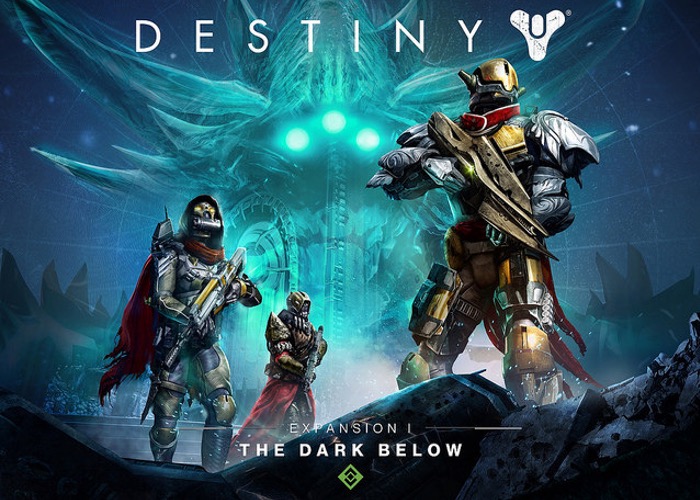 A new trailer for the upcoming Destiny Dark Below DLC expansion has been released by Activision this week revealing more of what you can expect to encounter in the new expansion to the popular Destiny sci-fi role-playing game that is available for the the PS4, Xbox One, PS3 and Xbox 360.

The latest expansion for the new Destiny game will be launching next month on December 9th 2014 and is now available as part of the Destiny Expansion Pass and inlaced new 6 player raids as well as 3 new multiplayer arenas.

“Your legend grows. Reach new heights of prestige and glory by increasing your Light Level to 32, acquiring exclusive new weapons, armor and gear, and facing new cooperative and competitive challenges as your adventure continues.

Expand your Destiny adventure with a wealth of weapons, armor, and gear earned in new story quests and missions, three new competitive multiplayer arenas, and a new Strike and Raid. Beneath the surface of the Moon, a long-forgotten enemy stirs. Survive the true depths of the Hellmouth, and stop its dark army from invading Earth”

For more information on the new Destiny Dark Below DLC jump over to the official Destiny website for details and the ability to preorder ahead of the expansions release next month on 9th December 2014.