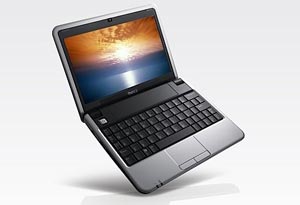 Dell’s entry into the netbook arena is finally here with the Dell Inspiron Mini 9. 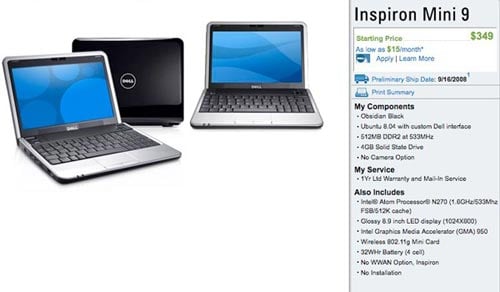 Processing power comes from an Intel Atom N270 1.6GHZ processor, and graphics is in the form of an Intel Graphics Media Accelerator (GMA) 950, and the 8.9 inch LCD screen is capable of a resolution of 1024 x 600. 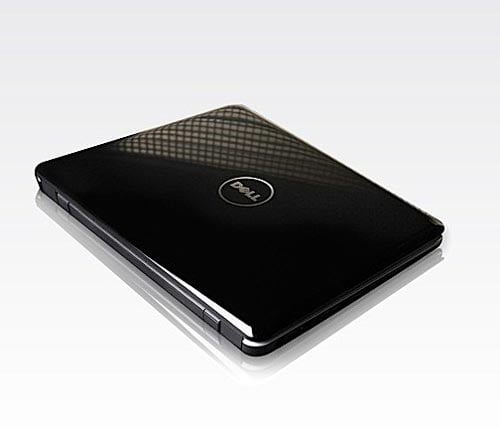 There is also a Windows Xp version with 1GB of memory and an 8GB SSD, with Bluetooth 2.1 and a 1.3 megapixel camera, the XP version will retail for $449.

The Dell Inspiron Mini 9 netbook will start shipping around the 16th of Spetember.

Update: There is a Windows Xp version available with the exact same specs as the Ubuntu one, it will retail for $399.