Dell has unveiled three new touchscreen monitors aimed at allowing Windows 8 users to take advantage of all the touch functionality built into the operating system. The new monitors share many of the same features and include the Dell 20 Touch Monitor, Dell 23 Touch Monitor, and Dell 27 Touch Monitor. The most basic of the three is the Dell 20. 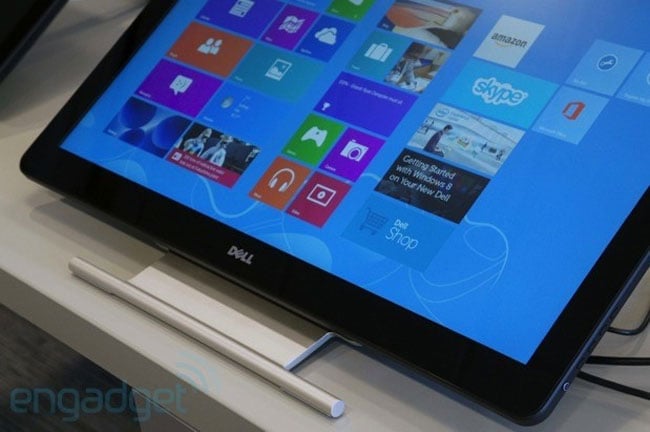 That monitor features a 19.5-inch viewable image and a two millisecond response time. The screen has a native resolution of 1600 x 900 and a dynamic contrast ratio of 8,000,000:1. All three screens feature HDMI, VGA, USB ports, MHL, and DisplayPort connectivity.

The 23 and 27-inch screens support 10-points of multitouch and full HD resolution. The contrast ratio for both screens is the same 8,000,000:1 dynamic and both of the larger screen 178° viewing angles horizontally and vertically. The two bigger screens also have highly adjustable stands allowing the screen tilt up to 60°. The 20-inch monitor is available now for $249.99. The 23 and 27-inch screens will sell for $449.99 and $699.99 respectively with availability set for September 18.