Electronic Arts has revealed that their new Dead Space 3 game is beating expected targets in the run up to the games launch tomorrow in the US and Friday in Europe, with pre-orders already beating that of the previous Dead Space 2 game.

The Dead Space 3 demo is also nearing the 2 million figure for downloads, which EA is hoping will entice gamers to help the series break 5 million copies sold. Watch the game trailer after the jump to see it in action. 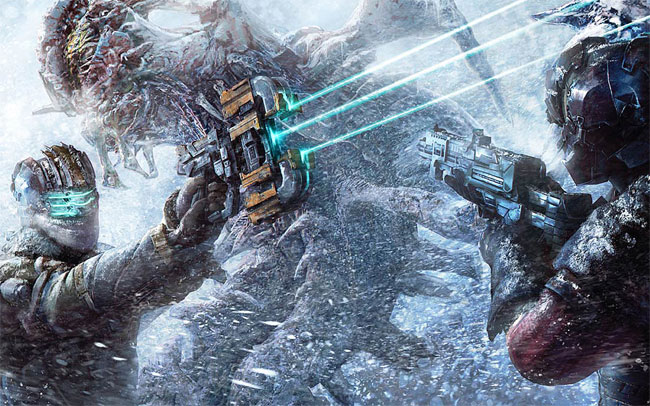 “The Dead Space 3 demo offers players early, free access to the game that critics worldwide have recognized for incredible craftsmanship in horror, action, suspense and sound design. In the demo, players are plunged into deep space as Isaac Clarke, and his co-op companion Sergeant John Carver, crash land on an unforgiving ice planet teeming with deadly Necromorphs. The demo, like the game, boasts a spine-tingling single-player campaign that can also be experienced with a friend in co-op, and the most sophisticated weapons crafting system of this generation. On the Xbox 360® videogame and entertainment system, players can add voice to the experience and amplify the immersion with Kinect”

EA is now expecting that  Dead Space 3 is in position to become the first big blockbuster of 2013 when it launches tomorrow on Xbox 360, PS3 and PC. Pre-order the PC digital download version of the game on Origin and receive the original PC digital version of Dead Space*at no additional costs.