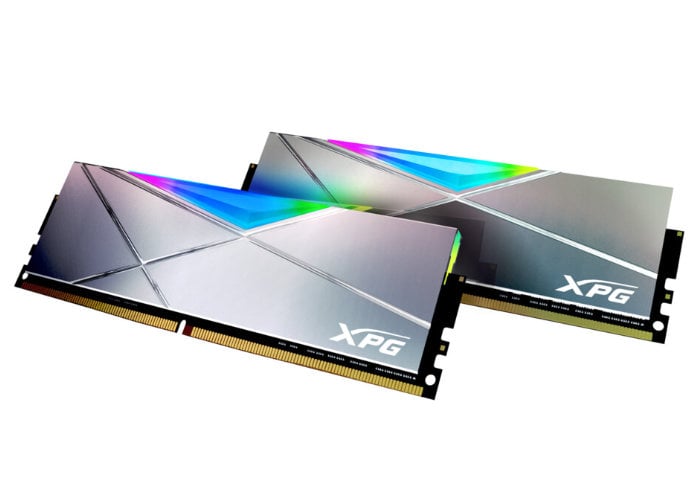 Hardware manufacturer ADATA has announced the launch of its new XPG SPECTRIX D50 Xtreme DDR4 RGB memory modules. Providing speeds of up to 5000Hz, and supporting the latest Intel and AMD platforms. The SPECTRIX D50 Xtreme comes as a dual kit with a capacity of 8 GB per module and in two performance variants, 4800 MHz and 5000 MHz.

The new XPG SPECTRIX D50 Xtreme DDR4 RGB memory modules also offer RGB lighting and are finished with a “stunning reflective surface” says ADATA. Using the XPG RGB Sync app or a RGB software from other major motherboard brands, users can switch between three RGB modes depending on their preference : Static, Breathing, and Comet, as well as a Music mode to sync with their favorite music.

“Manufactured with only the highest quality chips and PCBs, the SPECTRIX D50 Xtreme offers the pinnacle in stability, reliability, as well as speeds of up to 5000 MHz. What’s more, it . The SPECTRIX D50 Xtreme is a looker too with the combination of its indented geometric lines, triangular RGB light bar, and a polished and electroplated surface with a mirror-like sheen. .”

The SPECTRIX D50 Xtreme has full XMP 2.0 compatibility to make overclocking effortless when installed on PCs that also support XMP 2.0. XMP 2.0 support means users have more ways to access memory overclocking, including directly from the operating system rather than via more complex BIOS settings. For more information and full purchasing options jump over to the official ADATA XPG website by following the link below.