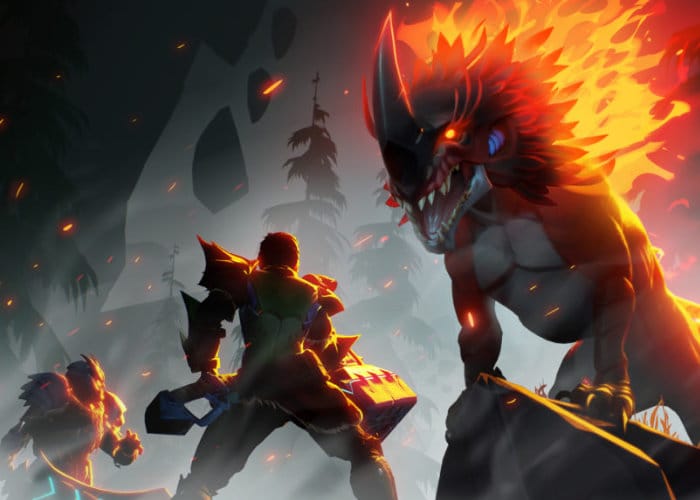 Earlier this month the Dauntless Open Beta on PC systems proudly opened its doors and has already received more than 1 million registrations since its entry into early access. Dauntless entered Open Beta Development testing on May 24th, 2018 and to learn more about what you can expect from the game that allows you to battle “ferocious Behemoths, craft powerful weapons, and forge your legend in the Shattered Isles”, check out the teaser trailer below.

Dauntless is a co-op action RPG coming to PC in 2018 and developed by the team at Phoenix Labs the game has already enjoyed more than 100,000 participants for the closed beta testing and now enjoys more than 800,000 account holders.”The Dauntless Closed Beta has been an environment in which we have developed the foundations of the game. We’ve iterated on experimental versions of progression, the cells system, elemental damage, crafting pathways, and the Ramsgate layout. Behemoth behavior patterns, weapon balance, and island traversal all continued to be tuned and improved. New weapons, Behemoths, quests, and new ways to slay are currently in the works.”

“Additionally, we will be announcing a reward structure for current Beta testers. Depending on your progress in the current and future stages of the Closed Beta, you will receive special cosmetic items as a reward for your support. Expect more details and a preview of these rewards soon!”

To learn more about the Dauntless game and enter the open beta development stage jump over to the official website by following the link below.