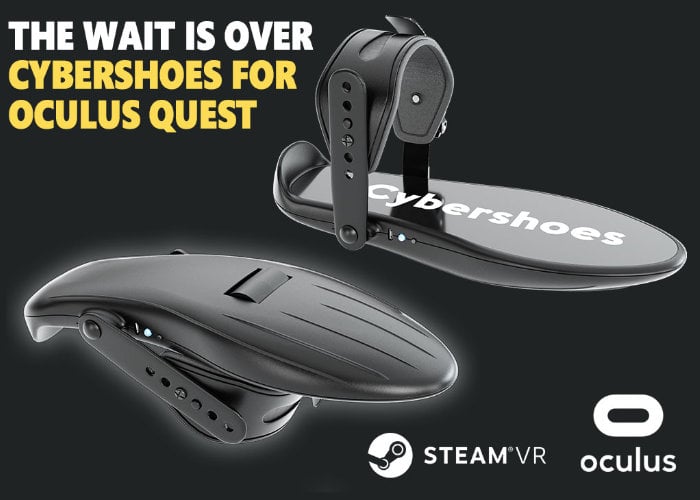 After completing a successful Kickstarter campaign the Cybershoes virtual reality locomotion system is now available to purchase for the Facebook Oculus Quest VR hardware, priced at $349 and is now available from online retailers such as Amazon throughout the United States. There are already 60+ SteamVR games compatible with Cybershoes with new games in the process of being added. “Cybershoes are back with a new wireless version for Oculus Quest and Quest 2 Standalone. Also compatible with PCVR headsets via SteamVR on Windows 10.”

Wireless Cybershoes connects to a Quest headset via Bluetooth and features an inside-out tracking system. The shoes keep their orientation. You can walk in the direction of your feet while looking around from side to side.