At CES 2014 this week 3D Systems has announced the addition of a new 3D printer to their range in the form of the CubePro 3D Printer which has been deigned to offer users both triple colours options and multiple material printing. 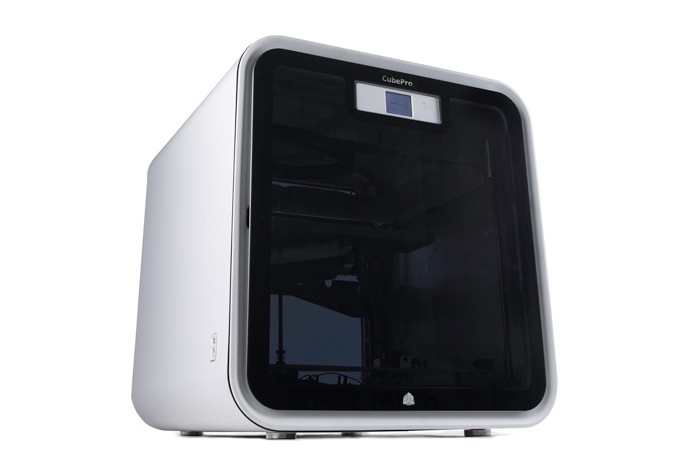 The CubePro features a controlled environment print chamber that assures high performance 3D printing using thermoplastic materials, resulting in parts that are durable and accurate right directly from your desktop.

Rajeev Kulkharni, Vice President, General Manager, Consumer Products, 3DS. explains : “We are proud to be the first to deliver professional quality prints to the consumer and prosumer, enabling educators, entrepreneurs and tech enthusiasts to match their creativity with greater productivity,”-“The CubePro is the ultimate desktop 3D printer for the lab, workshop and office, compressing development cycles and increasing productivity.”

The latest CubePro 3D printer comes supplied with starter materials, 25 free designs and a Cubify Invent software license for introductory 3D design and the CubePro is integrated with 3DS’ consumer lifestyle hub Cubify 2.0 which also was announced today. For more information on the new CubePro 3D Printer jump over to the 3D Systems website for details.