Leaked images from the coming game Crysis 3 surfaced last week. We didn’t have anything to go on about the game at that point other than the images showing Prophet with some sort of bow. EA has gone official with some details on Crysis 3 today. 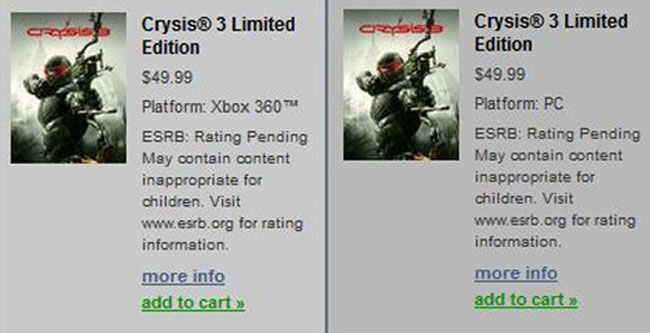 Sadly, the game will be available for purchase until next spring. An announcement expected this week I had hope again would be coming this year. The game has players playing as Prophet as he goes on a revenge mission through seven different Nanodomes in New York.