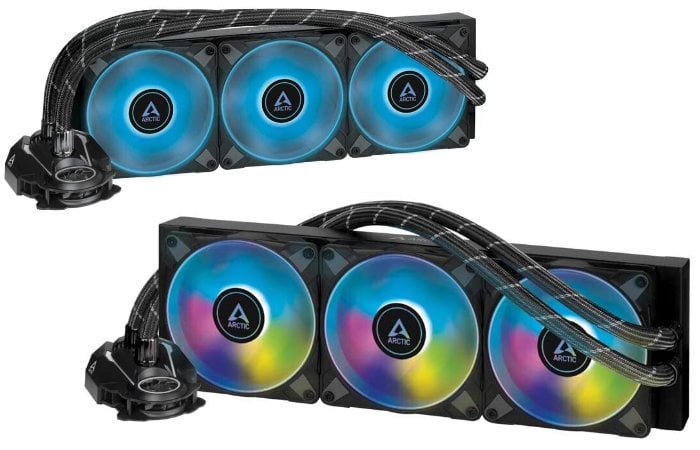 “The Liquid Freezer II A-RGB CPU cooler combines the efficient, award-winning PWM pump of the Liquid Freezer II with new A-RGB fans optimised for static pressure. This gives you a whole new aesthetic with extremely low noise and equally low temperatures.Unlike most other all-in-one liquid cooling manufacturers, we rely on 38 mm thick radiators with a high fin density. This means that a larger amount of water can be used in the circuit, and the cooling surface can be significantly increased.”

“Unlike many of our CPU cooler competitors, we went to great lengths to develop the water pump. The result is greatly reduced humming and higher efficiency. Like the other components, the pump is also PWM controlled. This leads to a significantly lower noise level at low and typical loads, but also to much lower power consumption, with a maximum of of 0.8 W at no load, 2.5 W under normal load and a maximum of 5.3 W under full load for the entire AiO. Thanks to its long hoses, availability in 5 different sizes and different lighting options the Liquid Freezer II Series is versatile. It is highly compatible and can be used effectively, from small form factor PCs (be aware of the radiator thickness!) to big towers.”