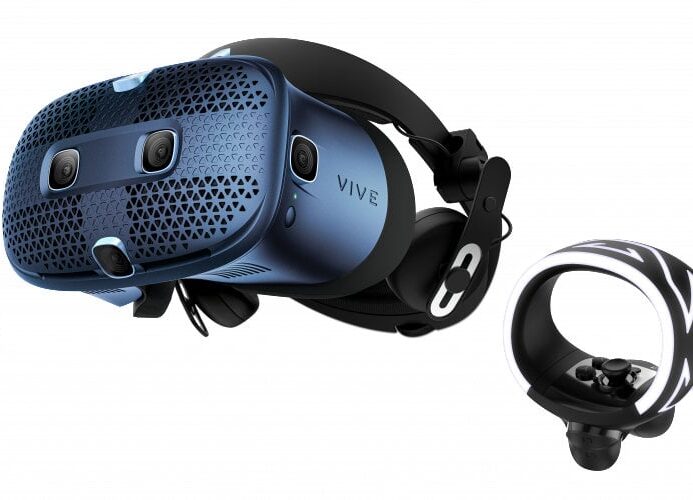 HTC has confirmed later this month it will be making available a “Cosmos Compatibility Pack” priced at $50, providing a more powerful battery allowing owners of the new Vive Cosmos virtual reality headset to enjoy wireless connectivity. Due to the six cameras integrated into the frame of the Vive Cosmos headset for inside-out tracking. The Cosmos needs a little more power than other HTC handsets, requiring a dedicated more powerful battery and hence the “Cosmos Compatibility Pack”. HTC explains a little more and over time the company say it will simplify the wireless adapter assortment so only the new battery is shipped to Vive Wireless Adapter customers.

“We’re fine-tuning performance of the Vive Wireless Adapter with Cosmos and are very close to releasing official support. We expect to deliver adapter compatibility with Cosmos in late October. Due to the new inside-out tracking on Cosmos and other features, the headset draws slightly more power than the current Vive Wireless Adapter battery can support, so this battery is needed to power this headset wirelessly,”- “In addition, Vive Cosmos processes all the camera tracking data solely in the headset and never sends the visual tracking data to the PC. While this means we are securing user privacy in their play space, this approach results in a higher headset power consumption. The compatibility pack will retail for US $49.99 or regional equivalent.”

Jump over to the official Vive Blog for more details.