I always misplace my screwdrivers. The things tend to roll under stuff and get put way in the back of a drawer where I can’t find them. If a screwdriver had a different design, it would be easier to keep up with. The Coral Tools concept from designers Jinyoung Choi, Junpyo Kim, Hyungwoo Uhm, Joonhyoung Seo & Kijo Son might be exactly what I need to be able to keep track of my tools. 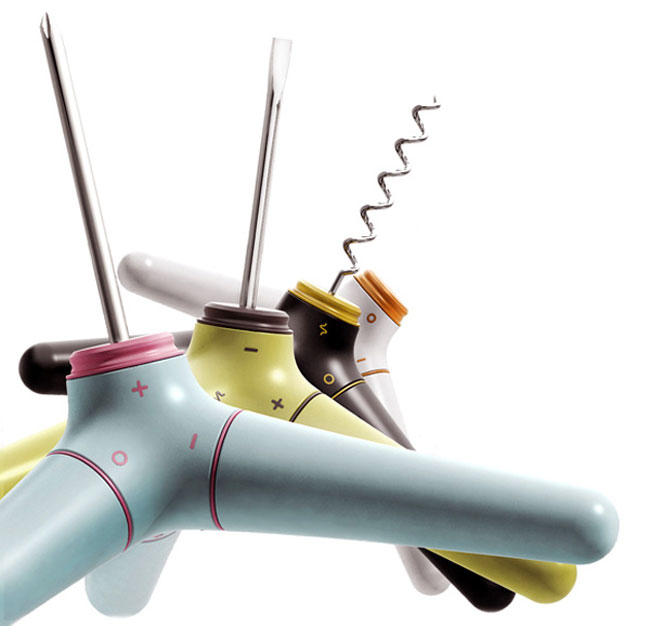 The Coral Tool is a concept that puts four different tools on one roughly pyramid shaped object. One of the arms has a flat tip screwdriver, the other has a Phillips head driver, the other is a wine bottle opener, and the final one is a holder for nails that keeps you from smashing a finger.

That nail holder is my favorite. You put the nail into the guide, and hold the tool. Then you whack the Coral Tool on the top and the nail gets started without you missing and hitting your fingers. I hope this concept makes the leap into the real world.