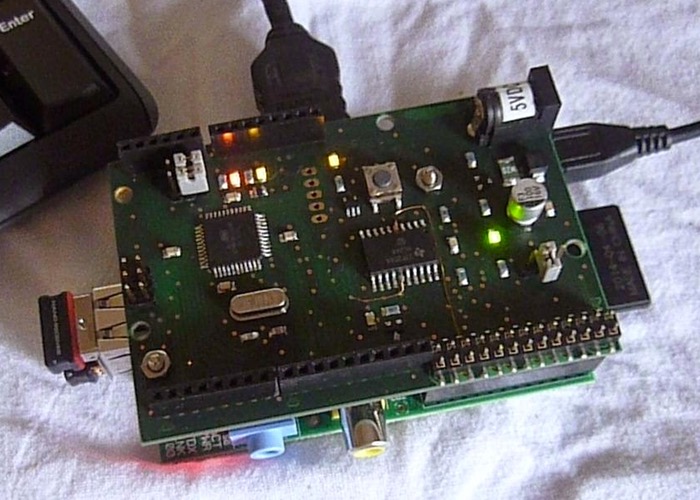 Developers, makers and hobbyists that enjoy working with the Arduino platform and the awesome Raspberry Pi mini PC might be interested in a new Arduino compatible Atmel 1284 based “shield” for the Raspberry Pi called CoPiino.

CoPiino is a development board that stacks perfectly on top of the Raspberry Pi model A and model B single board computers, and is roughly the size of a credit card equipped with a AVR micro-controller.

CoPiino has been designed to combine with Raspberry Pi and interfaces to your Arduino shields, watch the video below to learn more about this handy Raspberry Pi shield.

“CoPiino can be programmed in system without any additional programmer. Any web enabled device (PC, notebook, tablet or phone) with web browser can run the build-in programming environment which compiles the source code and flashes the AVR microcontroller.

There is no need for an additional programmer hardware and no bootloader is required. That saves memory space and does not block serial communication channels.”

The CoPiino Board rev1 is now available to preorder with prices starting from $30, specifications include :