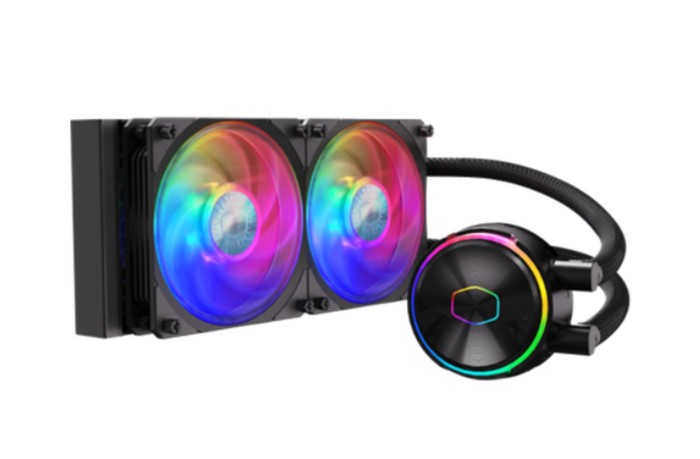 If you are considering upgrading your CPU cooler to an all-in-one liquid cooling system you might be interested to know that Cooler Master has this week announced the imminent launch of its new MasterLiquid PL240 Flux and PL360 Flux both of which will be officially available early next month during January 2022. Unfortunate no information on pricing has been released as yet but as soon as more details are announced will keep you up to speed as always.

Features of the new MasterLiquid Flux AIO Series include a dual chamber design to optimise flow and pressure for precise heat dissipation, combined copper base and microchannel to the surface area, SickleFlow fan blades with interconneting loop delivers high speed performance, fine tuned fans to optimize performance yet keep noise to a minimum as well as addressable Gen 2 RGB lighting.

“Cooler Master’s MasterLiquid PL240 Flux is the new embodiment of enhanced performance cooling. The dual chamber pump has further honed flow and pressure to target hot spots for rapid and precise heat dissipation. Surface area of the copper base and microchannels have been calculated for a superior heat transfer ratio. Equipped with new SickleFlow fan blades with an interconnecting loop delivers high speed performance, with the fan fine tuned to produce an optimized noise output. It also integrates new Addressable Gen 2 RGB for support with major motherboard manufactures, customizable with both the included Addressable Gen 2 RGB controller and Cooler Master’s MasterPlus+ software.”

“There is also ARGB incorporated in the fans and pump, with dual loop pump ARGB lighting customizable independently for visual creativity and versatility. Through both the included Addressable Gen 2 RGB controller or Cooler Master’s MasterPlus+ software, each individual LED can be changed and adjusted to your liking, whether it is color, effects, or brightness. The Flux Series is the new evolution of liquid cooling, delivering the most advanced cooling capabilities in the market.”