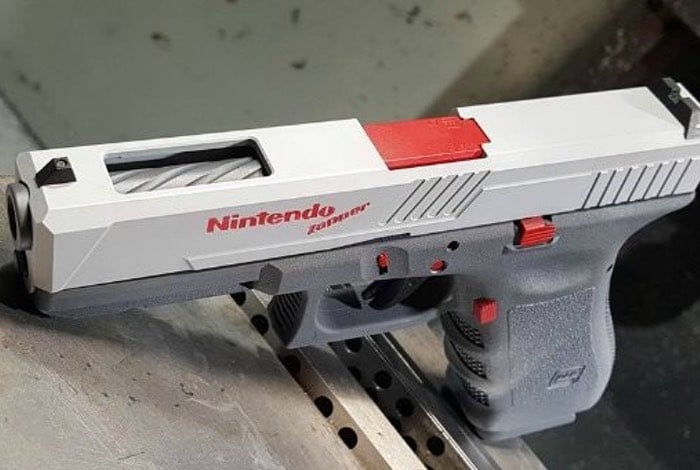 Precision Syndicate a firearm manufacturer based in Texas US has this week unveiled a real handgun they have created that has been designed to resemble the NES Zapper and taken inspiration from the controller that is used as a shooting peripheral for the retro Nintendo games console.

As you can imagine creating a handgun to resemble a games console controller or toy as some call it, has caused mixed comments to appear on Facebook and via other social media networks. In response to these Precision Syndicate has released a statement over the weekend to explain that the NES Zapper style handgun has not been designed to go into mass production.

In light of the “Nintendo Glock” drama, we feel that the media and our fans need to know that this firearm will not be mass produced nor will it ever be. This is a one off custom build for a friend of ours. Do [sic] to the thousands of emails and messages we have received in the past 2 days we have been unable to contact everyone in a timely manner, please be patient we will get to you as soon as possible. Thank you all for your support! Oh, and please.. keep your guns locked up and away from children, it’s common sense.

At the current time Nintendo has not made any statement about their console controller being used and associated with real handgun production, but as more news becomes available we will keep you updated as always.