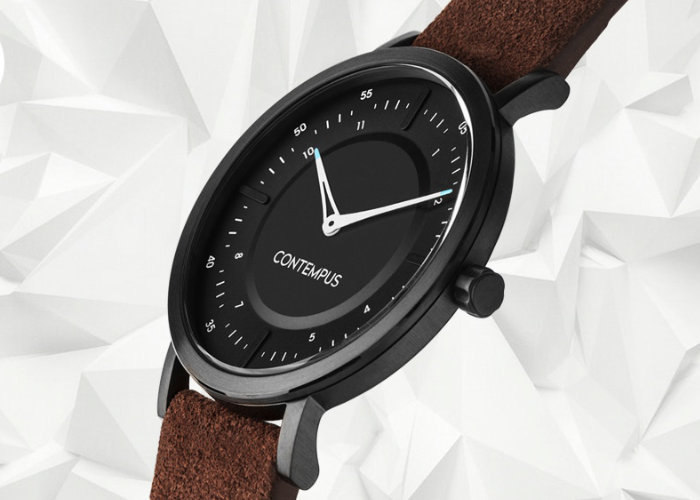 A minimalist watch has been created by Contempus based in Amsterdam in the Netherlands offering a sleek design that its creators say will appeal to “design and architect lovers”. Watch the promotional video below to learn more about the latest designer watch series from Contempus. “Contempus is a multicultural, omni-style timepiece reflecting a passion for modern design and architecture”.

Available to back from €79 or roughly £68 the latest Contempus watch is expected to start shipping to backers during July 2019. “CONTEMPUS was born through studying and observing design marvels of the past. We see a beautiful thing, a stylish, functional gear, a monumental construction, a glorious memento of the past or a herald of progress — and want to imprint the feeling, to give it a corporeal body, to bring it into existence. Everything that catches our eye in designer and architectural areas is used in the creation of new designs.”

“The central motives in the new CONTEMPUS watches are still the same — we make pure, minimal dials with a fresh, contemporary look that’s stripped of unnecessary details. With this new series, we want to find more wrists to adorn with CONTEMPUS! There are two different models available: Amfiteatro, with a 36 mm diameter dial and Kupolo, the more universal and larger model with a 42 mm dial.”

For a complete list of all available finishes and pledge options jump over to the Kickstarter crowdfunding campaign page by following the link below.