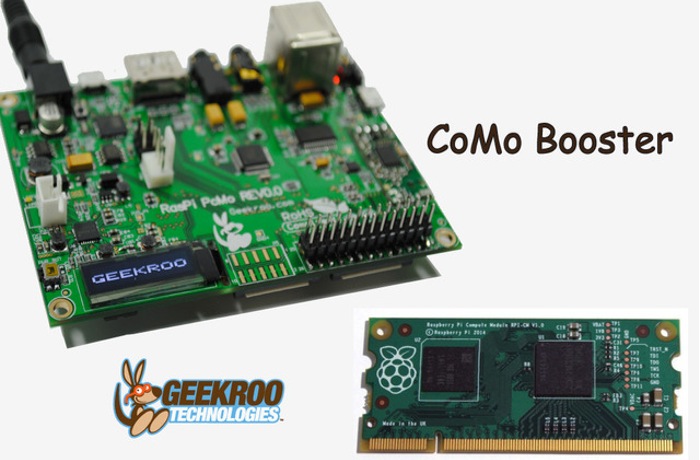 If you are interested in using the new Raspberry Pi Compute Module but are not looking to create your own PCB you might be interested in a new board in the form of the CoMo Booster Pico-ITX motherboard that measures 100mm x 72mm.

The CoMo Booster has been designed for both developers and hobbyists or those looking to learn more about programming with the Raspberry Pi mini PC. Check out the video after the jump to learn more.

The CoMo Booster has been designed by Geekroo Technologies who are seasoned developers when it comes to creating add-ons, boards and shields for the Raspberry Pi and similar. The CoMo Booster project is currently over on the Kickstarter crowd funding website looking to raise AUD $40,000 to make the jump from concept to production with pledges starting at $99 AUD.

So we decided to make a powerful but cheap motherboard for the Compute Module so that everyone can enjoy it.”

So if you think CoMo Booster is something your programming and projects could benefit from, visit the Kickstarter website now to make a pledge and bag one of the first off the production line.