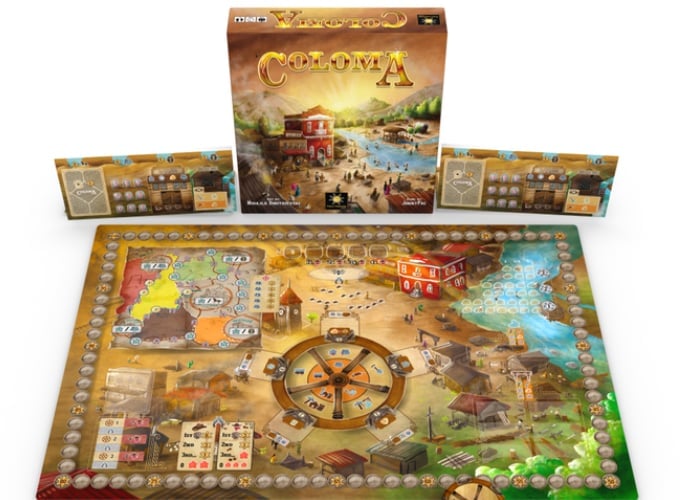 A new Euro-style board game has been created by Final Frontier designed to allow you to stake your claim and defend what is yours in a 1 to 5 player game set in the Western frontier during 1848. “Build homes, stake your claims and defend what is yours in this 1-5 player euro game.” Watch the demonstration video below to learn more about its gameplay components and mechanics.

Coloma has launched via Kickstarter this week and is available to back with earlybird pledges available from $54. If all goes well worldwide shipping is expected to start during November 2019. A Standard and Deluxe version are available with the Deluxe version priced at $69 and comes with all Kickstarter exclusive stretch goals.

“Coloma is our 5th Kickstarter campaign so we want to assure you that we are handling everything with the highest level of professionalism as we did with our previous Kickstarter projects: Cavern Tavern, Rise to Nobility, Robin Hood and the Merry Men and Rise to Nobility: Beyond. The game is completely language independent. We will have translated rulebooks available on our website before the game starts with delivery. German, French, Italian, Spanish, Dutch…” this

For more details on how the game plays jump over to the official project page via the link below.